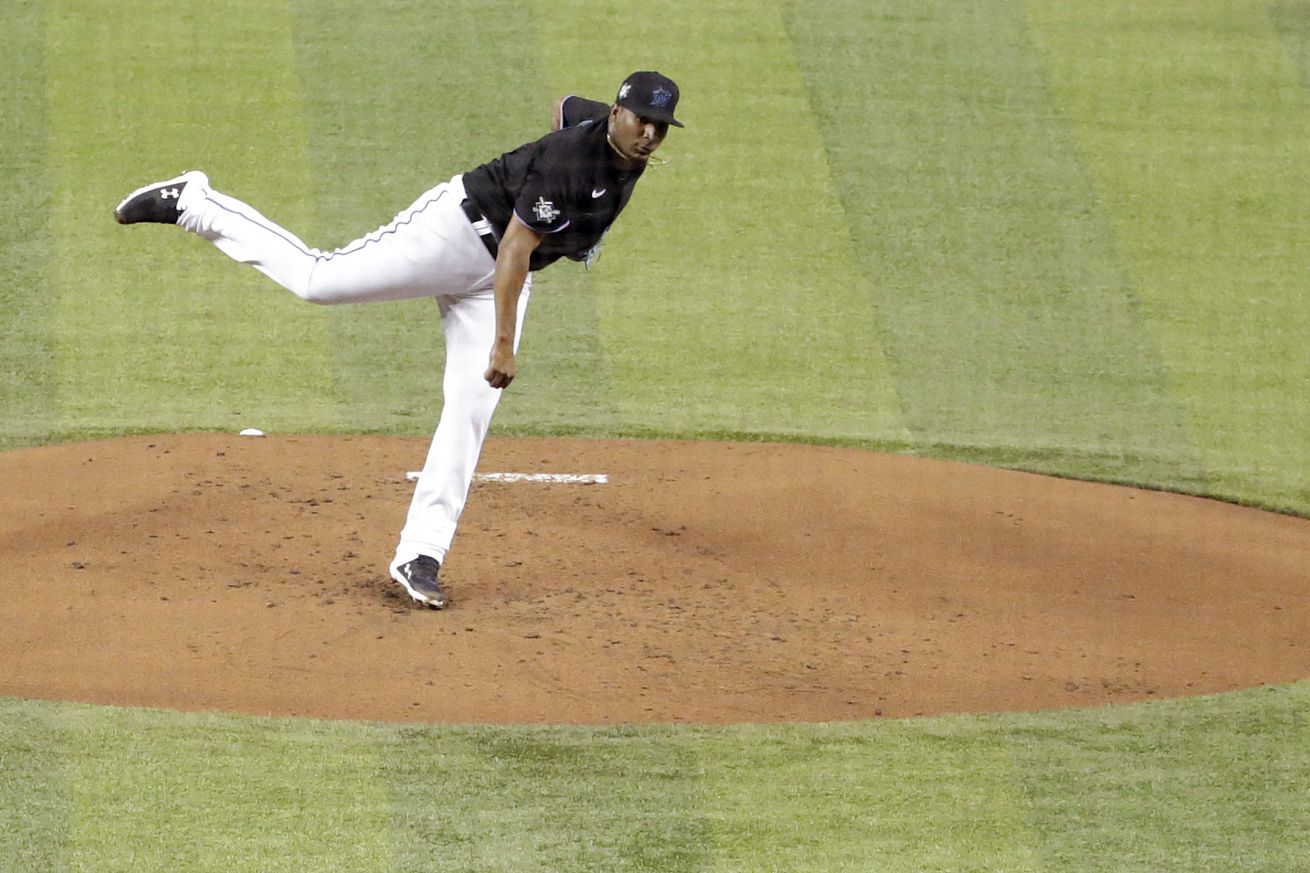 Hopefully just the first of many times in the coming years that Sixto Sánchez silences an opposing lineup.

MIAMI—On a night where pitchers from both sides were dominant, the Miami Marlins blinked first.

After seven scoreless innings, it was a Yandy Díaz RBI-single in the eighth inning that made the difference in a 2-0 loss to the Tampa Bay Rays.

The Marlins couldn’t muster up any run support for rookie phenom Sixto Sánchez. After a promising debut against the Washington Nationals last week, Sánchez followed it up with an even better performance on Friday night.

Sánchez started his night with two strikeouts in the first inning. His fastball maxed out at 100.6 MPH after only a handful of pitches. That first inning was only the beginning of his spectacular outing in Miami.

Over seven innings, he struck out a career-high 10 batters. Five of those strikeouts came off of his changeup, which also induced 8 of his 17 swinging strikes.

“I will say (the changeup) is my main pitch,” Sánchez said. “I truly trust my changeup a lot. I use it to get ground balls, and get outs, get double plays.”

That double play ball came in handy in the sixth inning. Already 67 pitches in, it looked like the sixth inning might’ve been his last of the game. But a nine-pitch inning with a double play to end it allowed him to pitch into—and complete—the seventh. That’s a feat that no other Marlins pitcher has accomplished this season.

“He’s built up to pitch,” Marlins manager Don Mattingly said. “There’s no holding back with him at this point.”

Sánchez was pitching with a confidence that many Marlins fans hadn’t seen since José Fernández or Dontrelle Willis. The 22-year-old said that’s how he enjoys pitching.

“When I’m like that during the game, it actually helps me a lot to throw my pitches with high emotions,” Sánchez said. “I just use that to do a good job in the game.”

Dominant as he may have been, the Marlins just couldn’t get any run support for him. The Fish couldn’t muster up two base runners at the same time until the ninth inning, when Garrett Cooper hit a double, followed by a walk by Jonathan Villar. Unfortunately for Miami, their two-out magic they’ve experienced this season didn’t show up on Friday night, as Jorge Alfaro grounded out to third base to strand the two runners and end the game.

Cooper accounted for two of the Marlins’ five hits in his return from the IL. He hadn’t played in a live game since July 25 against the Philadelphia Phillies. The 29-year-old outfielder was one of the first few Marlins affected by the COVID-19 outbreak.

The Marlins and Rays continue the Citrus Series Saturday. Pablo López will continue his NL Cy Young campaign against Rays starting pitcher Josh Fleming. López comes into this start with a 1.98 ERA.