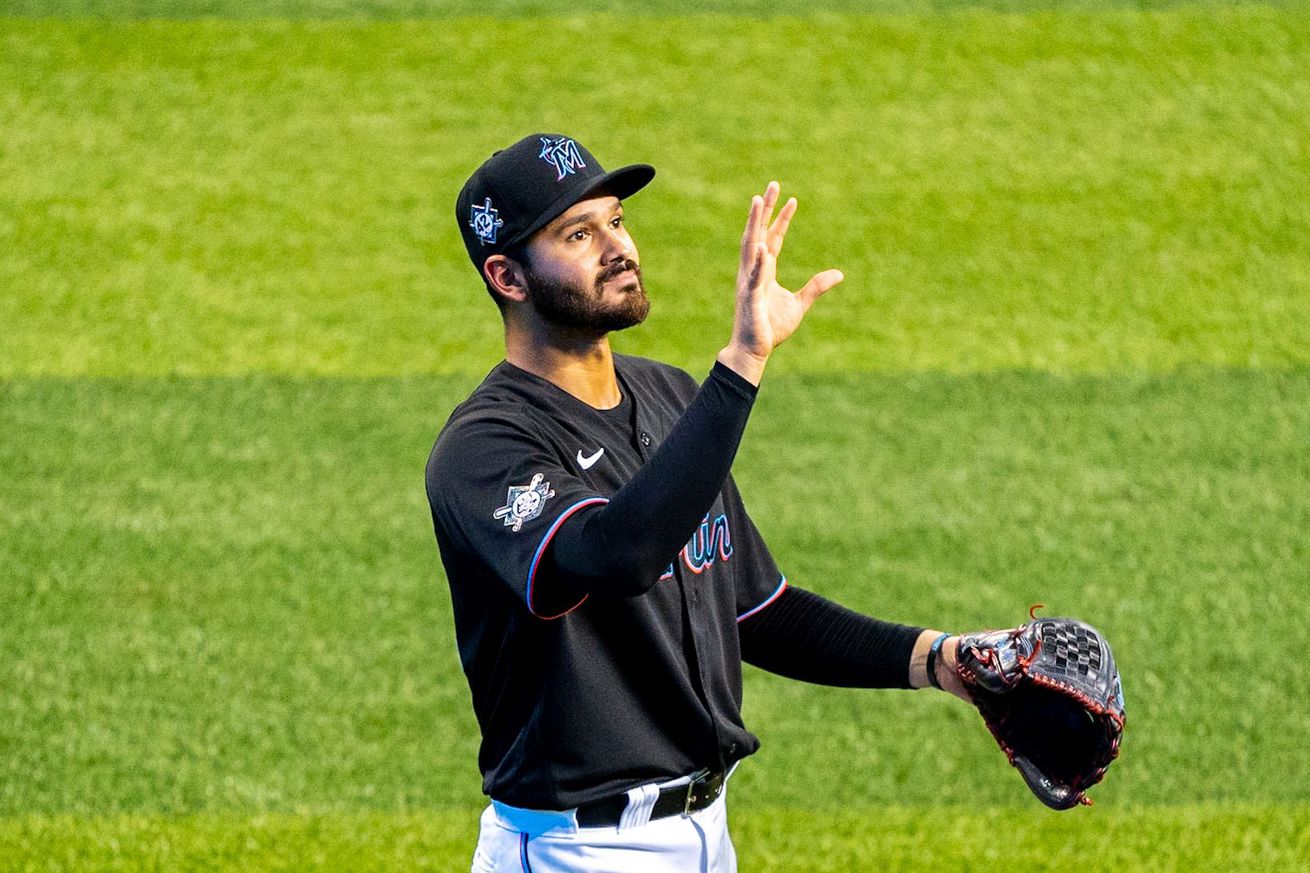 The Marlins have dropped down to the .500 mark for the fifth time this season.

For the second night in a row, the Miami Marlins wasted a spectacular outing from their starting pitcher on Saturday. Just like he has done in every game so far this season, starting pitcher Pablo López kept the Fish in the game, but the offense couldn’t help him in a 4-0 loss to the Tampa Bay Rays.

López gave up just two runs and walked zero batters in seven innings. Prior to this weekend, no Marlins starting pitcher had completed seven innings. It has now happened twice in two consecutive games, with Sixto Sánchez completing the feat on Friday night.

“I feel like this is the best Pablo has thrown,” Marlins manager Don Mattingly said. “He was really good all night. He was able to use all of his pitches, his sequences were really good.”

Twelve of López’s twenty-one outs were ground balls. His ground ball rate is 60.5 percent, which is 13 percent higher than last year.

Ironically, his ultimate mistake would come on a difficult ground ball in the seventh inning off the bat of Yandy Díaz that allowed Michael Pérez to score from third base and give the Rays a 1-0 lead. The ball was a slow dribbler that came off the bat at just 70 MPH. With third baseman Brian Anderson playing at normal depth, he wasn’t able to charge in at the ball in time to make the out at either home plate or first base.

The Rays tacked on more insurance in the following inning when right fielder Jesús Sánchez mis-judged a fly ball off the bat of Kevin Kiermaier to score Joey Wendle. The ball forced Sánchez to run back towards the warning track, but the rookie outfielder kept looking back towards the wall a few different times, leading him to take a non-ideal route to the ball, causing it to sail over his head.

The 22-year-old Sánchez has been a mixed bag defensively since his call-up earlier this month. Meanwhile, he’s been totally unproductive at the plate, with three strikeouts on Saturday lowering his OPS to .242. He has only one hit in 28 plate appearances.

As for the offense, the Marlins were shut out for the second night in a row. Much like Friday night, they never came close to threatening the Rays’ pitching staff. Their best opportunity came in the sixth inning when Miguel Rojas hit a double to left field, and then advanced to third base on a balk called on Rays pitcher Ryan Thompson. However, Jonathan Villar would then ground out to end the inning.

The Marlins conclude their series against the Rays on Sunday at 1:10 p.m. Starting pitcher Sandy Alcantara will make his long-awaited return from the COVID IL. In his Opening Day start against the Philadelphia Phillies, he allowed just one run in 6 2⁄3 innings pitched.