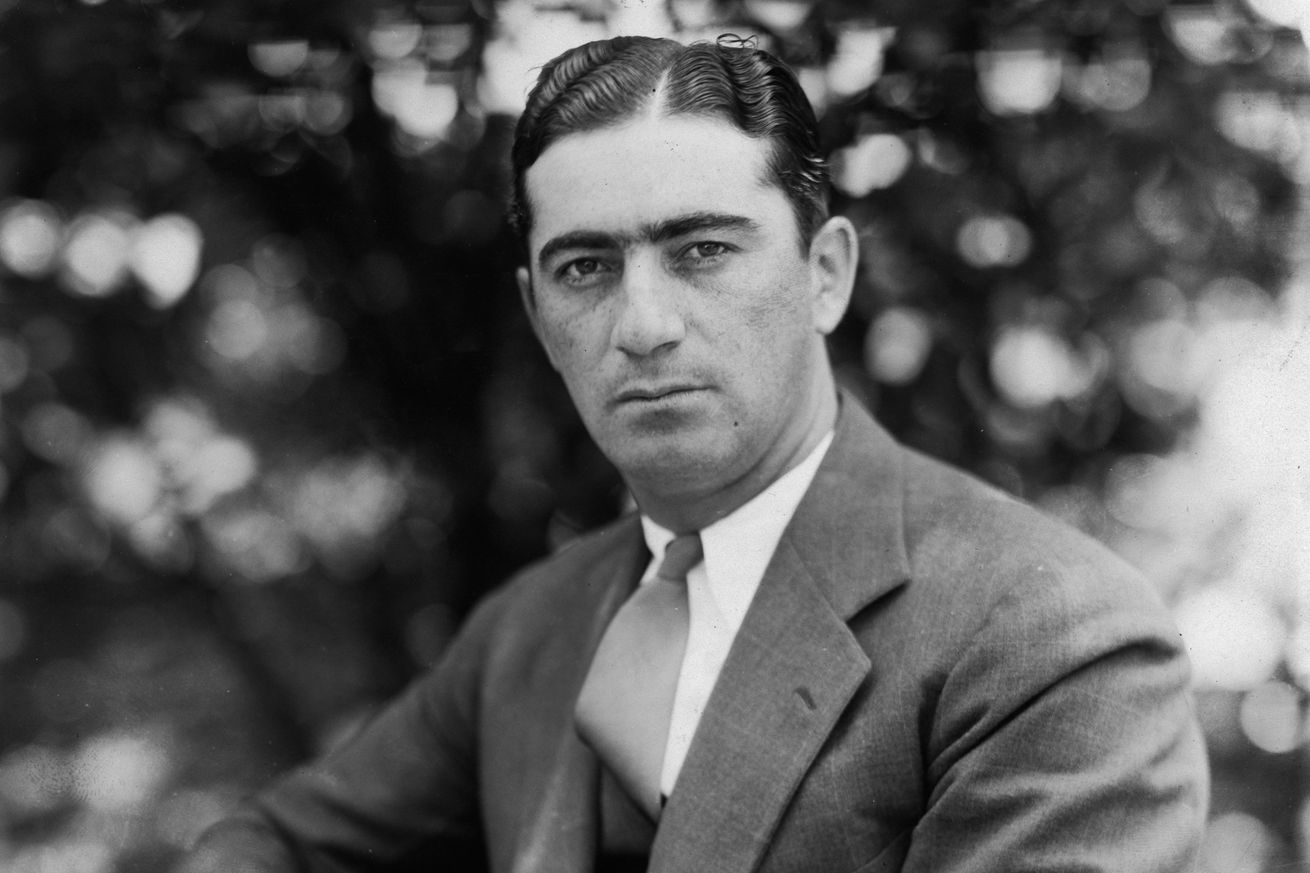 I confess to having long been fascinated by the double (if not quadruple) life of Morris “Moe” Berg, originally a shortstop, who over a fifteen year career played most of his games as a backup catcher for the Brooklyn Robins (eventually the Dodgers), White Sox, Indians, Senators, and Red Sox. His lifetime record, despite a few brief episodes of torrid hitting and often excellent fielding, was an unspectacular BA of .243 with 441 hits including six home runs and 206 RBI. He spent most of his last five or six years on the bench and usually played when the first and second string catchers were injured. His last two years in the game found him coaching rookie catchers and working the bullpen for the Red Sox. In addition to his four major league teams, Berg also starred on the Princeton University baseball team as a student and played for a number of semi-pro and minor league teams.

However, it was for the OSS and later the CIA (his baseball card can be found, framed, in the hallway of the CIA headquarters in Langley, Virginia) that Berge really put the “journey” in the careworn description “journeyman.” Dawidoff’s biography of this idiosyncratic ballplayer-scholar-lawyer-spy is the most recent and, I think, best of several attempts to unravel the mysterious life of this American original. It also corrects several popular misimpressions about Berg’s life and exploits, of which quite a few were the product of Berg’s own predilection for allowing his image to be polished by an overeager press.

Moreover, as Dawidoff points out, Berg was always very secretive about his personal life and doings. No one, not his teammates or intelligence community colleagues, ever felt they had really gotten to know him. You could say he was bred-in-the-bone spy material.

So what could be that fascinating about a mediocre backup catcher and coach who spent more time riding the pine than squatting behind the plate? What, you may well ask, so aligned the stars that Berg found himself on secret missions for the Office of Strategic Services during World War II, one of which included orders to assassinate German physicist Werner Heisenberg to keep the Nazis from developing an atomic weapon?

Berg was the son of an imperious immigrant Jewish father who loathed baseball and fought his son’s decision to pursue a career in it. A Princeton scholar, a specialist in foreign languages and for most of his decade and a half in baseball known as the most learned and intelligent man in the game. Berg was also an attorney and graduate of Columbia University law school. He shortly thereafter decided he didn’t much care for the practice of corporate law and only spent a couple of offseasons working for a prestigious New York firm. In fact, as Dawidoff discusses in detail in this meticulously researched biography, Berg angered several owners and managers, including Charley Comiskey, by several times taking weeks off from his baseball duties to attend his law school classes. When he returned to the White Sox after one such disfavored interregnum, Comiskey saw to it he sat on the bench for three months and didn’t get to play until the three catchers ahead of him on the depth chart (such as it was in those days) were all injured.

At the same time, Berg was charming the slacks off the sports press with his learning, erudition, and linguistic skills. He was also invited to participate in radio quiz shows, which further enhanced his reputation as an eggheaded anomaly in the national pastime. Berg’s notoriety impressed many, but not all, of his teammates. When someone mentioned to Dave Harris, an outfielder for the Washington Senators, that Berg spoke seven languages Harris famously replied “yeah, and he can’t hit in any of ‘em.” As Dawidoff relates, in fact Berg spoke only three languages well; with the rest he allowed the press to pad his mystique.

He also held the reporters’ ears with his by all accounts remarkable ability to spin stories about himself and his travels. One of his most famous stories was of his so-called espionage work in Japan during a 1934 goodwill trip with several other ballplayers, including Babe Ruth. Berg wowed his Japanese hosts with his Japanese language skills, even being asked to address the Diet about the two nations’ fraternal love of the game. Then he went to the roof of a hospital in Tokyo with his 16MM movie camera and filmed the city skyline, harbor and distant mountains for Movietone News. Seven years later he offered the film footage to the Pentagon hoping it could be useful in the war effort. Although as Dawidoff explains this story was widely circulated later on by the sports press, and many mistakenly thought Berg was already under assignment as a secret agent, they were personal films. The city had changed so much in the intervening years the film contained little if any value at all for the Army Air Corps, but they did serve another purpose.

Moe Berg is second from left in the first row on the 1934 “all-star” team’s visit to Nagoya Castle.

Berg was famous enough after his career in baseball and as a fixture on quiz shows that when his films circulated through the OSS ranks several of its administrators recalled the ex-catcher who spoke numerous languages and was highly intelligent. “Wild” Bill Donovan, head of the new spy agency, thought he might be useful and interviewed him about going to Italy and Switzerland to gather information about Germany’s efforts to build an atomic bomb.

Duly satisfied he had unearthed an unpolished diamond, Donovan first dispatched Berg, perhaps as a test run, to Latin America and the Caribbean, especially Brazil and Cuba, to check up on German influence in our backyard. It was during this first assignment Berg learned how to access his expense accounts to stay in posh hotels and eat fine meals, a habit he maintained until the end of his espionage career which ultimately cost him his job. While on this assignment he also first demonstrated his inclination to disappear deep, deep, deep underground for weeks at a time. His employers at the OSS would just have to get used to it. He returned to Washington having befriended a cast of caudillos and bureaucrats who could have stepped right out of the pages of Cien Años de Soledad. The Nazis, he reported, were making little progress. Among other things, he had convinced the Brazillian military government to boot its German operatives from the country in return for some American feelthy luchre.

With that adventure under his belt Berg was dispatched to Europe where, operating out of France and London, he was regarded as the only US operative smart and adequately well versed in physics and chemistry to be entrusted with contacting Italian, Swiss and German physicists to suss out the progress the Nazis were making on a fission bomb. That he fulfilled his mission is not in doubt; he attended a lecture Heisenberg delivered after sneaking into Switzerland, disguised as another German physicist, and became familiar enough with Heisenberg and his continental colleagues to determine the Nazi bomb was a fantasy of Joseph Goebbels’ devising. Meanwhile he was also able to persuade a number of useful scientists to go to the United States to keep them out of first, German, and then Russian hands.

During this period he indulged his burgeoning tastes for top hotels, wines and fine meals which would have impressed M FK Fischer, A J Liebling and his fellow OSS operative, Julia Child. Unfortunately, he also ran up an expense tab of over $21,000.00 by the time the war ended. The successor organization to the OSS, the beloved CIA, became tasked with wringing an accounting of where and how Berg had spent the money. They never received it, but in badgering him about it they effectively killed the ex-ballplayer’s desire to work within their starchier bureaucratic system – suffocating by comparison with the freewheeling ways of Donovan’s OSS.

Knowing Berg was seriously on the outs with his prospective new overlords at the CIA, some of his colleagues from the OSS wrote to the Truman administration to have him awarded what they felt was a well-deserved Medal of Freedom for his work in the hemispheric and European theaters. They succeeded, but because of the top secret nature of his work his citation could only be inscribed in the most general terms. Mentioning his harassment by the CIA for his expense reports and the prohibition against duly crediting him publicly for his work, Berg turned the medal down much as George C. Scott would reject his Oscar for Patton.

Without his spy career, too old to play baseball and loathing the regulated life of a coach or baseball executive, Berg spent the remaining quarter-century of his life as a threadbare but dignified vagabond. He wondered from city to city and even from country to country like some Benoit Mandelbrot without any problems to solve, confounding his acquaintances who had no idea what his sources of income could be. Dawidoff documents much of this sad period, right up to the fall from his bed in a motel at 70 which burst an aneurysm in his chest and killed him.

Dawidoff concludes this otherwise engrossing biography with a chapter of what I can only call armchair pop psychologizing about what made Berg the way he was. Like most amateur shrinkage, it seems a little too pat to be convincing: it was all daddy’s fault. You can spoon pap like that from the Sylvia Plath cookbook. But the author does conclude with the perceptive comment that very few people can cobble together as unique a life as Morris Berg did.

In 2018, a film of this book was made starring a pretty impressive lineup of actors including Paul Rudd, Jeff Daniels, Sienna Miller, Paul Giamatti, Guy Pearce, and Tom Wilkinson. It’s long on the production values, exaggerates Berg’s military derring-do while thin on motivation and detail, but it’s a fun ride if you already know the story. Amazon will dump it right into your laptop. Try it.