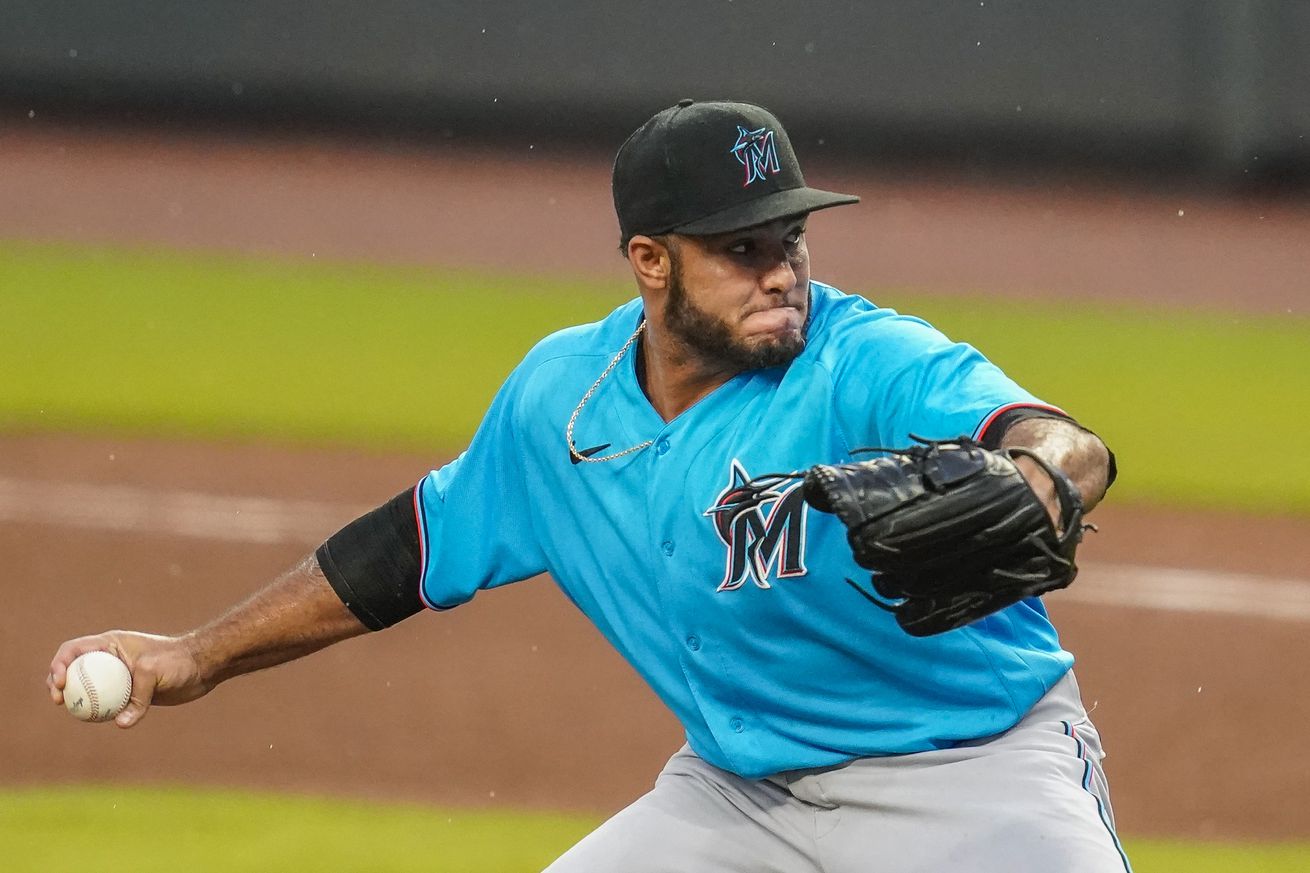 The righty reliever was activated from the injured list after leaving COVID-19 behind. He’s ready to roll in the Fish bullpen.

Right before Friday’s game, the Marlins activated righty Yimi García from the injured list. After testing negative twice for COVID-19 and checking all the other boxes to be reinstated, he has rejoined Don Mattingly’s bullpen and the team should be happy for that.

Since being acquired for Miami, García was expected to be a late-inning option. After all, he was really good for the Dodgers back in 2015 and more recently in 2019. And this time, the Marlins need him to be as good as he can. So far this season, he’s pitched 2 2⁄3 scoreless innings in two appearances and will be a really helpful addition to a Marlins bullpen that—even though it has been a key to some victories—is not among the most reliable ones in the league.

On Friday night, for example, the Rays scored their only two runs against relievers, squandering a fantastic Sixto Sánchez performance. Richard Bleier and Josh A. Smith couldn’t hold down their hitters and allowed one earned run apiece.

Through Thursday, the Marlins relief corps ranked 20th in ERA across the Major Leagues with 4.88. Also, they had the worst K/9 ratio in the Majors (6.6) and the second-worst FIP in those situations (5.68), only behind the San Francisco Giants (6.02).

And that’s when García enters the conversation. I know he’s always been prone to the long ball, but when he comes out of the gate anywhere between innings seven and nine, opponents hit .196/.241/.403 off him during his career in 451 plate appearances, with 121 punchouts in 115 1⁄3 frames.

Critical moment in the game.

Bottom 8th, 5-2 Marlins lead, J.T. Realmuto representing the tying run and gets ahead in the count 3-0. But Yimi García settled down to get the inning-ending grounder. pic.twitter.com/u8sYntIJxa

For the joy of the Fish, García is already with the team and is ready to form a big three in the Marlins bullpen along with veterans Brad Boxberger and closer Brandon Kintzler. That will hopefully translate into more safety in the late innings.

With the trade deadline approaching on Monday and no other Marlins relievers on the verge of returning from the virus, don’t be surprised if they complete a deal to add yet another veteran to the mix.