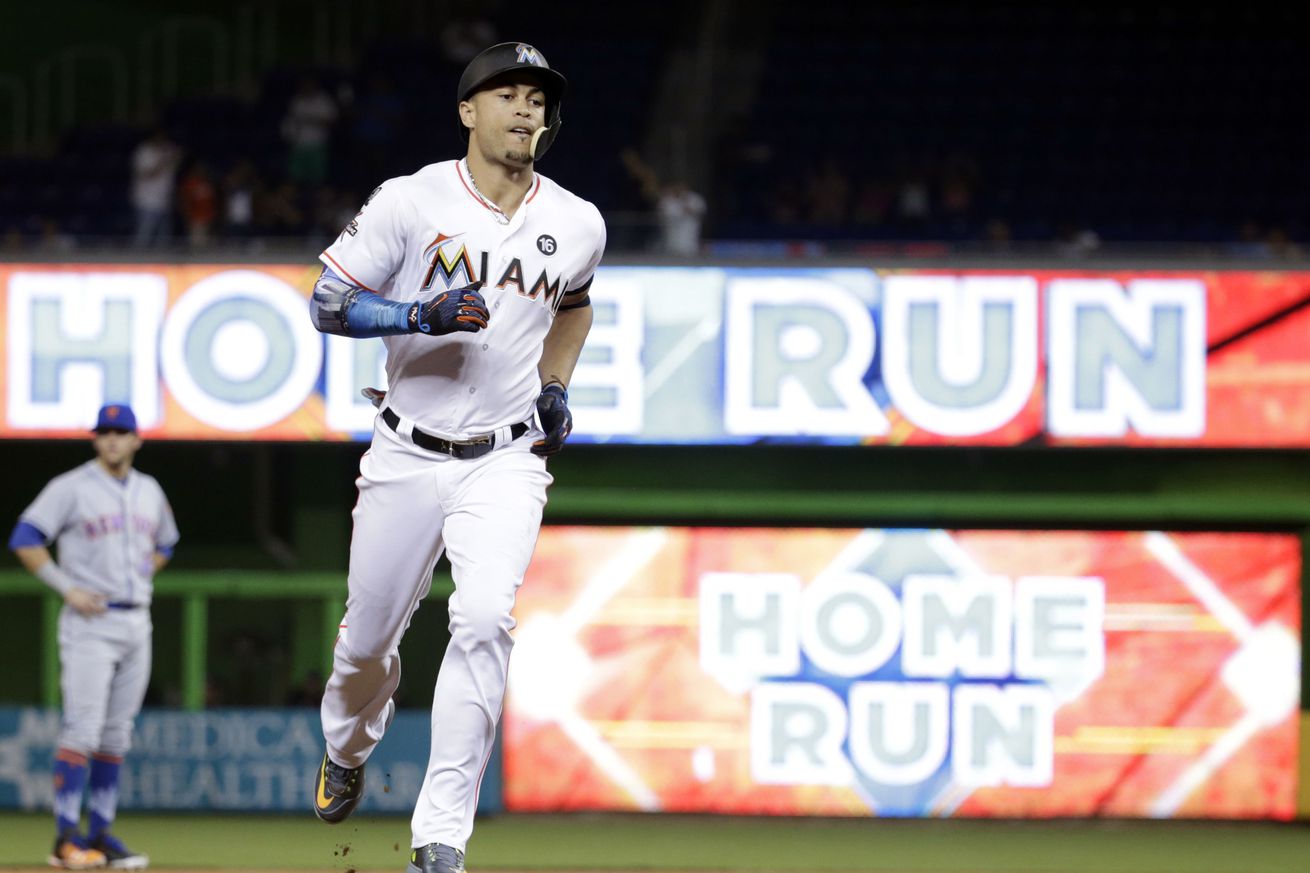 Even though the Marlins are in rebuilding mode and perhaps expect to compete in the short term, there are at least three records for an offensive season that should remain intact for a long time.

Giancarlo Stanton’s 2017 season was one to remember. It was his last as a Marlin, and it couldn’t have gone any better. He took home MVP honors after hitting 59 home runs, a mark that now seems unreachable.

Why? The team doesn’t have a clear slugger. Yes, I know Brian Anderson had a great year in 2019, and Jesús Aguilar joined the Fish via waivers. But there’s not a pure power hitter like Stanton, not even in the minors. The Marlins’ home-run leader last year? Starlin Castro (22), who signed a deal with the Washington Nationals.

Second, having a season like Stanton’s is very uncommon. Do you know how many guys have sent at least 59 balls out of the park since 2000 in the Major Leagues? THREE. Those are Sammy Sosa, Barry Bonds, and Stanton.

You have to be insanely good to record 221 hits in a season. That means you have to play as many games as you can, stay healthy all year, and be productive all season long. Forget about slumps, if you want to break Pierre’s record, then you’ll have to get 1.4 hits per game (and that’s assuming you’re playing 162 times during the regular season).

Fun fact: Back in 2014, Pierre went hitless in two or more games in a row only FIVE times the entire season.

In the last 20 years, only five MLB hitters have registered at least 221 hits. Those are Japanese phenom Ichiro Suzuki, Darin Erstad, José Altuve, Michael Young, and our former center fielder Pierre. It’ll be nice to see prospect JJ Bleday trying to go after that record once he’s developed enough to be in the bigs.

Again. This would take a pure slugger like Stanton, and we all know that a guy like him doesn’t come up from the minors every day. Not only did Giancarlo blast 59 dingers, he also hit 32 doubles.

And that’s exactly what you’d need. Besides playing almost in every game, you’d have to hit for power. Not exclusively home runs, but for power. You can be Nicholas Castellanos and get 58 doubles, 10 triples, and 23 home runs, but those are numbers from a Mike Trout evil twin.

To get almost 100 XBHs, you need to brilliant, constant, and powerful. For example, Stanton registered at least one extra-base hit in 69 of his 159 games.

The fact that we’re saying these marks could be unreachable in the long term doesn’t mean that the Marlins won’t compete or won’t have enough talent in the short. The team’s farm system is full of great, promising young players that will put the Fish in a good position moving forward.

Still, it’ll be nice to see year after year who gets close to these records that, at least for now, seem hard to break.