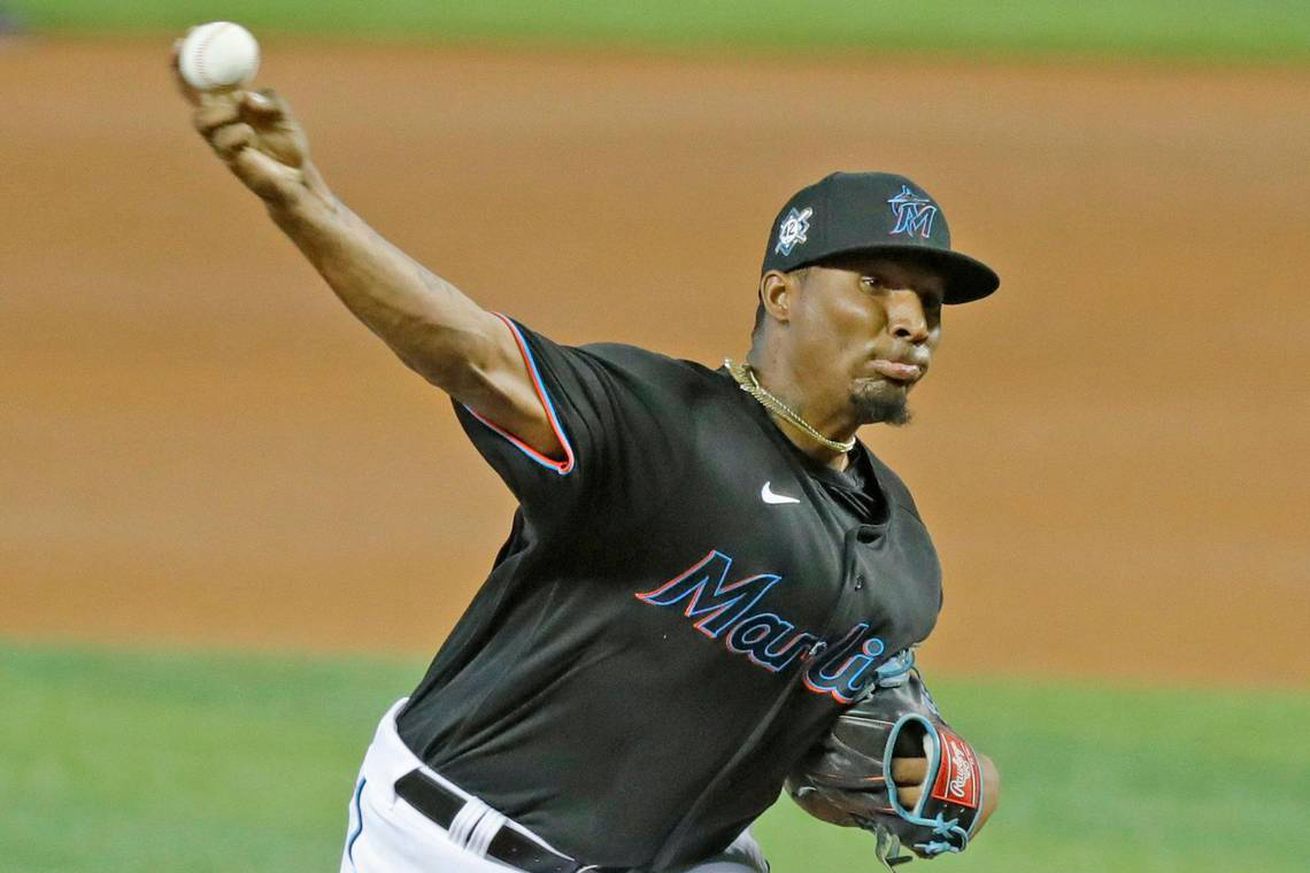 After the first two starts of his MLB career, the Dominican righty has been electric. Let’s dive into his profile.

It’s time to smile in Miami. The Marlins have enjoyed the first two outings of Sixto Sánchez’s career and so far, so good. For the first time since José Fernández, I’m seeing electric, legitimate ace stuff and I couldn’t be any happier.

The Dominican has been lights out, especially in his second start against the Rays on Friday. He went seven scoreless innings and gave up just six hits and one walk while striking out 10. At 22 years old, that’s really impressive. I’ve found at least three things I love about Sixto, and I want to share them with you guys because, well, you need to fall in love with our future ace, too.

This has been his top pitch. Sánchez is tormenting hitters with this delivery. Opponents are 2-for-20 off his changeup with two singles and nine strikeouts (!!!). He’s using it 33.5% of the time (89.1 MPH on average) and has struck out almost half of the at-bats he’s ended with that pitch.

Take a look at this beauty to notch his last strikeout from Friday.

The best of everything is where he’s throwing it. The location has been almost PERFECT. He’s taken care of locating it where no one can touch it…

When you have one of the best defenses and you induce soft groundballs at a high rate, you’re gonna do great. The Marlins defense ranks eighth in the Major Leagues—and third in the Nationals League behind the Chicago Cubs and the Philadelphia Phillies—according to FanGraphs’ defensive metric (3.0). And Sixto has caused opponents to hit 68.8 percent of balls put in play on the ground (MLB average is 45.3%, MLB leader among qualified pitchers is Adrian Houser with 64.6%).

Another impressive fact about Sánchez is that, despite having allowed two home runs (both in his first start), his launch angle sits at just -0.3º. Taking into account that the sweet spot to get extra-base hits is somewhere between 10º and 30º, the Dominican righty is likely to avoid four-baggers with ease.

BONUS: His 98.6 MPH fastball—that can top 100 MPH—has not been than great so far, but it’s still a special pitch. So far, hitters are crushing it with a 102.0 MPH exit velocity. But Sixto uses that pitch to make his changeup more effective. And, believe me, it should generate more swings and misses in the long run, wait for it to become a massive weapon just like his change.