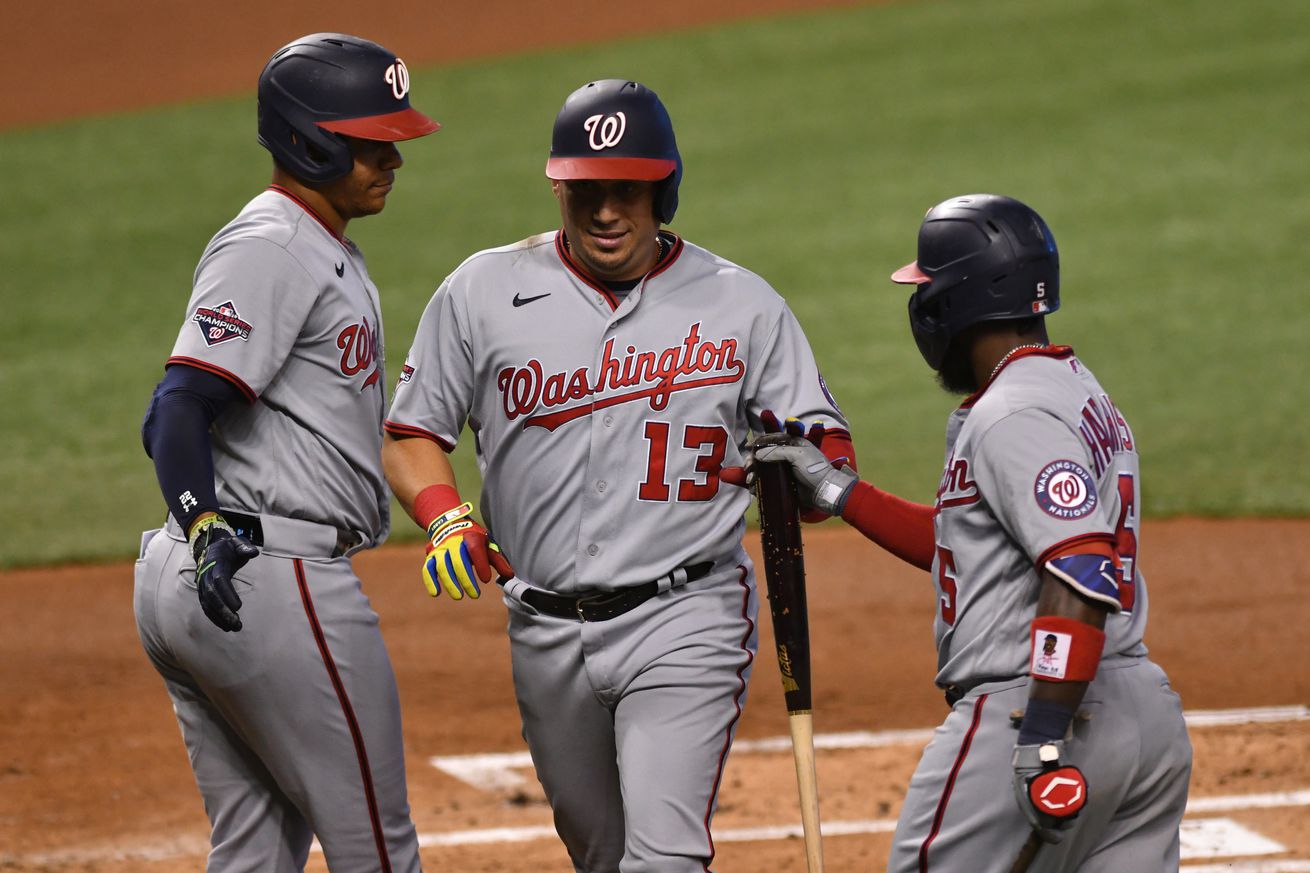 The Marlins wrapped up their mega homestand with a blowout loss to the Nationals.

MIAMI—With the amount of rookie pitchers the Miami Marlins had been trotting out this year, they were due for a nightmare game like this one. Braxton Garrett couldn’t make it through the third inning in a 15-0 loss to the Washington Nationals.

Just 30 minutes after winning a nail-biter in game one of Sunday’s doubleheader, Garrett and the Marlins started the first inning in just about the worst way possible. Trea Turner hit a leadoff home run on the very first pitch of the game. Garrett and the Marlins defense then allowed two walks, a double, and an error to the next four batters. Suddenly, the Fish were down by three runs before recording a single out in the game.

The 23-year-old rookie settled down in the second inning, but opened the third with another lead-off home run to Kurt Suzuki.

Nick Neidert pitched in relief, but didn’t have much success, either. He allowed three runs and seven hits in two innings.

Way too many misses over the middle of the plate. Nick Neidert didn’t have his command today. pic.twitter.com/vGdGoDzgRg

The Marlins offense didn’t help the situation. Nationals starting pitcher Ben Braymer had a no-hitter through 3 ⅔ IP, when Jesús Aguilar hit a line drive into right field. The Marlins could only muster one more hit off a Starling Marte double

These Marlins have distinguished themselves with their resilience, their fight, and their versatility. But they also have a troubling tendency to allow bad games get out of hand in a catastrophic way. This is the third time they have lost by 10 or more runs. They also had three such games last year, but it was over a 162-game sample size, rather than the 53 games that Miami has played this year. Their run differential is minus-26, the worst among all National League teams who currently hold playoff positions (and even worse than the Nats). Granted, a large part of this is a combination of young pitchers, and a high number of doubleheaders with few off-days in between.

The Marlins finished with a 11-15 home record for the season (only includes games played in Miami).

Luckily for them, the Philadelphia Phillies lost their game to the Toronto Blue Jays, 6-3. With Miami’s win in game one of their doubleheader, they remain one game ahead of Philadelphia in the division standings. The Atlanta Braves won their game against the New York Mets, however, and are now three games ahead of Miami for first place in the NL East.

The Marlins still control their own destiny. The division title is in play too thanks to four upcoming games against the Braves beginning Monday night at Truist Park. The winner of the NL East will host the first round of the postseason at their home ballpark.