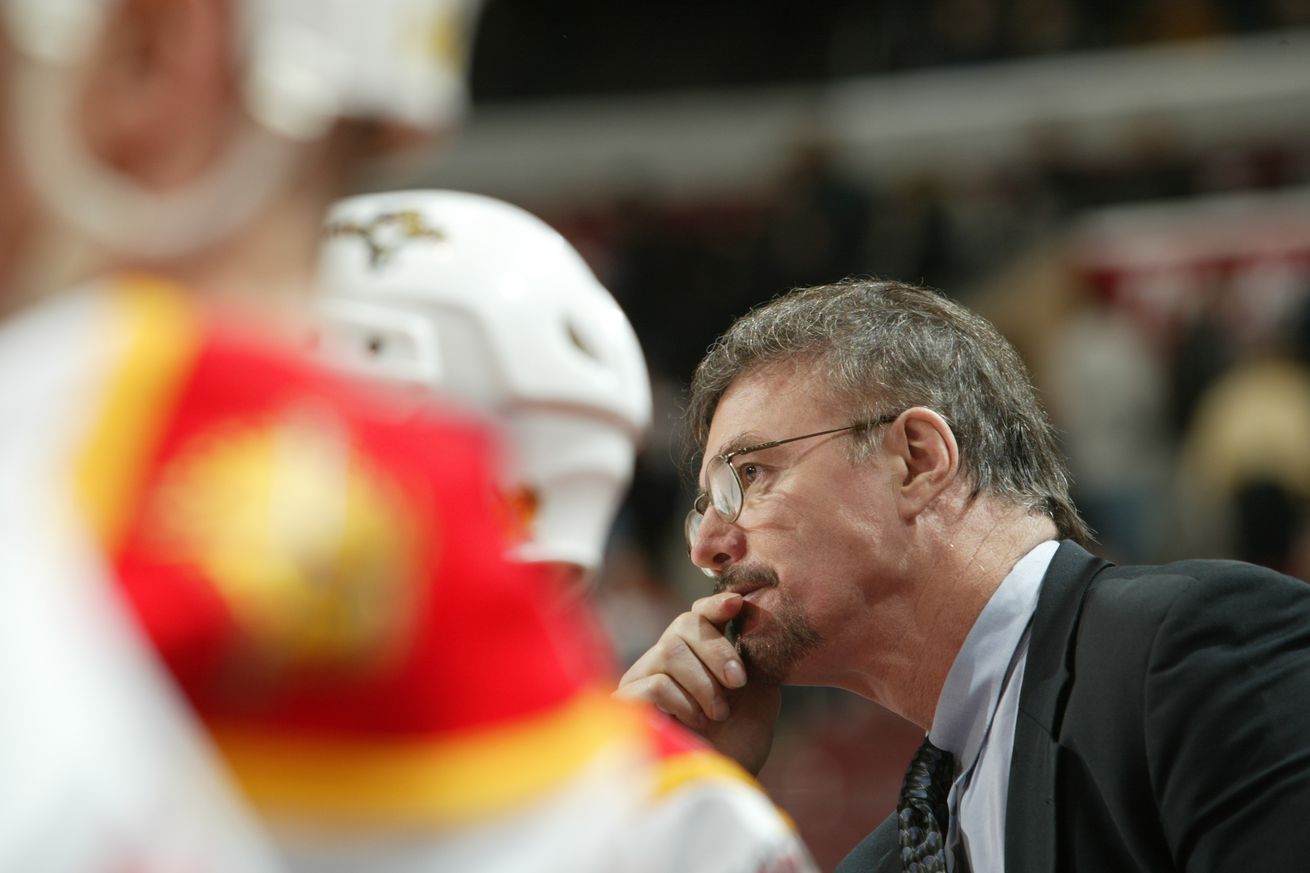 Some familiar faces return to the organ-I-zation

The club also announced that assistant coach Mike Kitchen will not return and that American Hockey League assistant coach Doug Janik will not be joining the Charlotte Checkers. It’s being reported that Kitchen’s dismissal is the result of him allegedly kicking a Panthers player after the player accidentally struck him with an angrily tossed water bottle during a game this past season.

Dudley has over 45 years of experience in professional hockey and over 20 years of experience as an NHL executive. He rejoins the Panthers front office after most recently serving as the Senior Vice President of Hockey Operations for the Carolina Hurricanes for the past two seasons. The native of Toronto, Ontario served two seasons as the Panthers General Manager (2002-03 to 2003-04).

He has held the position of General Manager for Atlanta, Florida, Tampa Bay and Ottawa, has served as Head Coach of the Buffalo Sabres (1989-90 to 1991-92) and has held GM and head coaching positions in the IHL, AHL and ACHL.

Paul Fenton spent twenty years with the Nashville Predators organization, joining the franchise upon its inception as the Director of Player Personnel. Serving seven seasons in that role, Fenton was promoted to Assistant General Manager in 2006-07, a position he held until 2017-18. He also served as General Manager of Nashville’s AHL affiliate, the Milwaukee Admirals, for five seasons (2013-14 to 2017-18). During Fenton’s time with Nashville he played a key role in the team’s amateur scouting, player personnel and player development culminating in the team reaching the 2017 Stanley Cup Final.

Fenton most recently served as a scout for the Columbus Blue Jackets and has served as General Manager of the Minnesota Wild (2018-19) as well as General Manager of Team USA at the 2011 IIHF World Championship. He also served as Director of Player Personnel for Team North America at the 2016 World Cup of Hockey. He spent five seasons with the Mighty Ducks of Anaheim starting as a professional scout in 1993-94 before serving as the club’s Director of Pro Scouting for two seasons (1996-97 to 1997-98).

Campbell returns to the Panthers after spending the last four seasons as a Player Development Coach in the Columbus Blue Jackets organization.

As a player, Campbell has won championships on the professional, major junior and international stages winning a Stanley Cup with the Boston Bruins in 2011, Memorial Cup and Ontario Hockey League Championship with the Kitchener Rangers in 2003, and he captured the Spengler Cup with Team Canada in 2017.

Geoffrion joins the Panthers after spending the previous seven seasons with the Columbus Blue Jackets organization, serving four seasons as a professional scout (2013-14 to 2015-16, 2019-20) and three seasons as Assistant General Manager for the club’s AHL affiliate, the Cleveland Monsters (2016-17 to 2018-19).

P.J. Fenton joins the Panthers after two seasons with the Minnesota Wild (2018-19 to 2019-20), where he served as an amateur scout and the club’s Co-Director of Amateur Scouting.