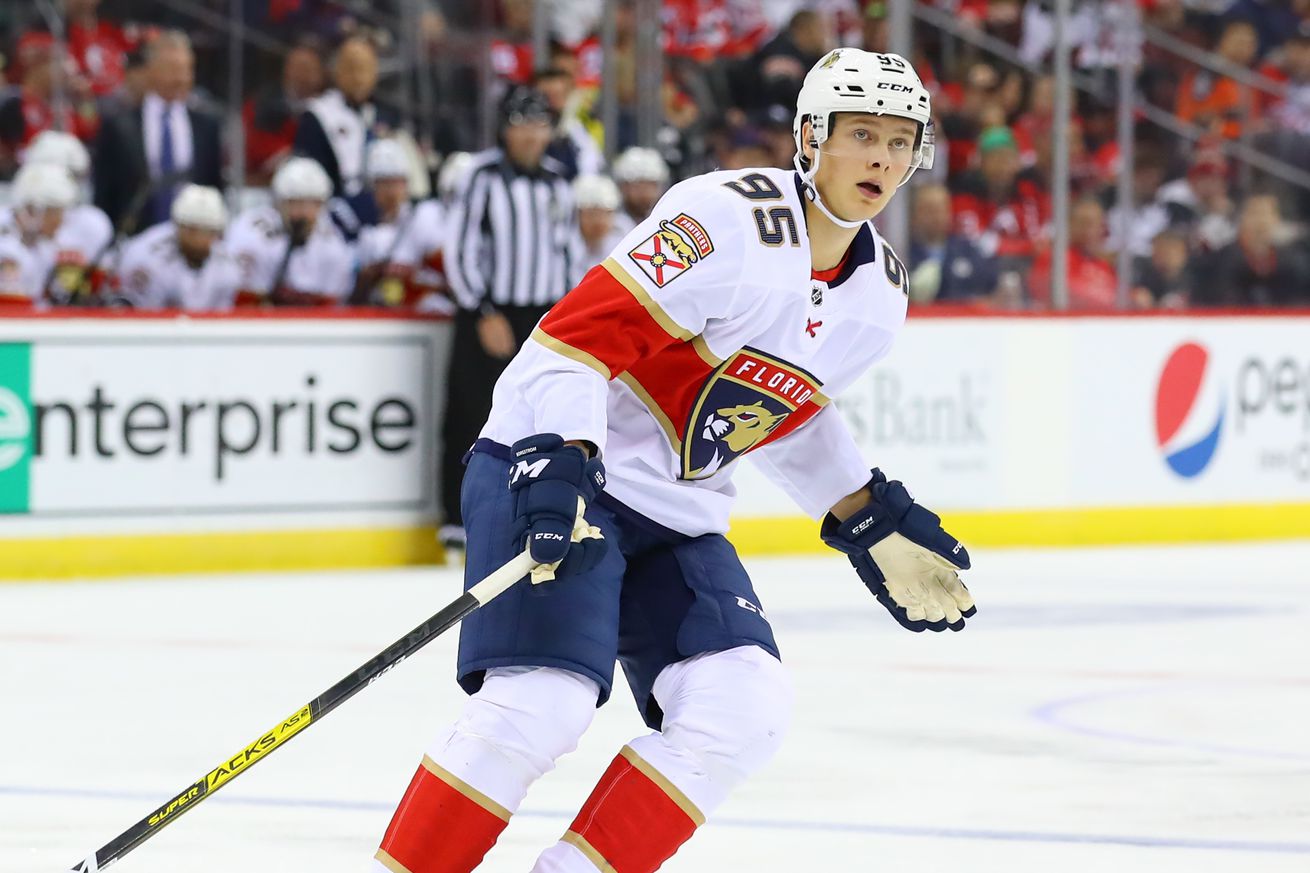 Former first-rounder struggles through a tough season in Springfield

After playing 50 games with the Florida Panthers in 2018-19, Henrik Borgstrom was sent to the Springfield Thunderbirds to continue his development after playing in four of the Cats first six games of the 2019-20 campaign and then finding himself a healthy scratch.

Borgstrom failed to post a point in his four appearances with the Cats and headed north to Springfield with just three shots on goal and -2 rating to his credit.

The 22-year-old first suited up for the Thunderbirds on Friday, October 25 and scored a third period goal while registering five shots in a 7-4 win over the Bridgeport Sound Tigers.

After being held off the score sheet the next night, he potted the game-winning goal and added an assist in a 2-1 overtime victory against the Rochester Americans on Sunday.

Resuming play after a four-day break in the action, Borgstrom notched another game-winner and finished +3 in an 8-1 rout of the Hershey Bears before going scoreless and bagging a shootout goal in a 4-3 over Wilkes-Barre/Scranton.

Perhaps Borgstrom expected a quick recall to Florida after a very productive first nine days in Springfield, in which he amassed three goals and an assist (and a shootout goal) and his team won all five games, because after that, his offensive output really started to dry up.

In his next nine games, Borgstrom produced a decent two goals and one assist before heating up again during a five-game span during late November / early December.

In the twenty games following his goal against the Wolf Pack on December 6, Borgstrom managed a mere one goal and three assists, a surprising downturn from a player who produced 22 points in 24 AHL the season prior.

After going 15 games without a goal, Borgstrom finally ended the drought and lit the lamp again in a 5-2 loss to Hershey on February 8.

The goal seemed to lift his spirits and shake him out of his long funk as he went on to put up five points (2G/3A) over the next five games.

Borgstrom would fail to pick up a point during a four-game Springfield losing streak that looks to be the club’s final games of the season.

He finished up with 11 goals and 12 assist in 49 games played with the Thunderbirds. His five power-play markers were third best on the team, but that was really the only offensive category he stuck out in.

It was jarring to see Borgstrom plunge from averaging .92 points per game in 2018-19 to .47 during 2019-20. That said, the coaching staff did have him focusing on improving other areas of his game, so that would account for some of the drop off, but the player himself confirmed a lot of it had to do with dealing with the disappointment of demotion.

Borgstrom’s certainly got the talent to be an everyday NHLer and with the trade of Vincent Trocheck and unrestricted free agency coming for his replacement Erik Haula, there could be center spots open for the taking next season, especially if the reported mandate to cut salary turns out to be true.

That was plan to start this season and it didn’t turn out so well, does a now more seasons and mature Borgstrom have what it takes to script a better story in 2020-21? We’ll find out soon.