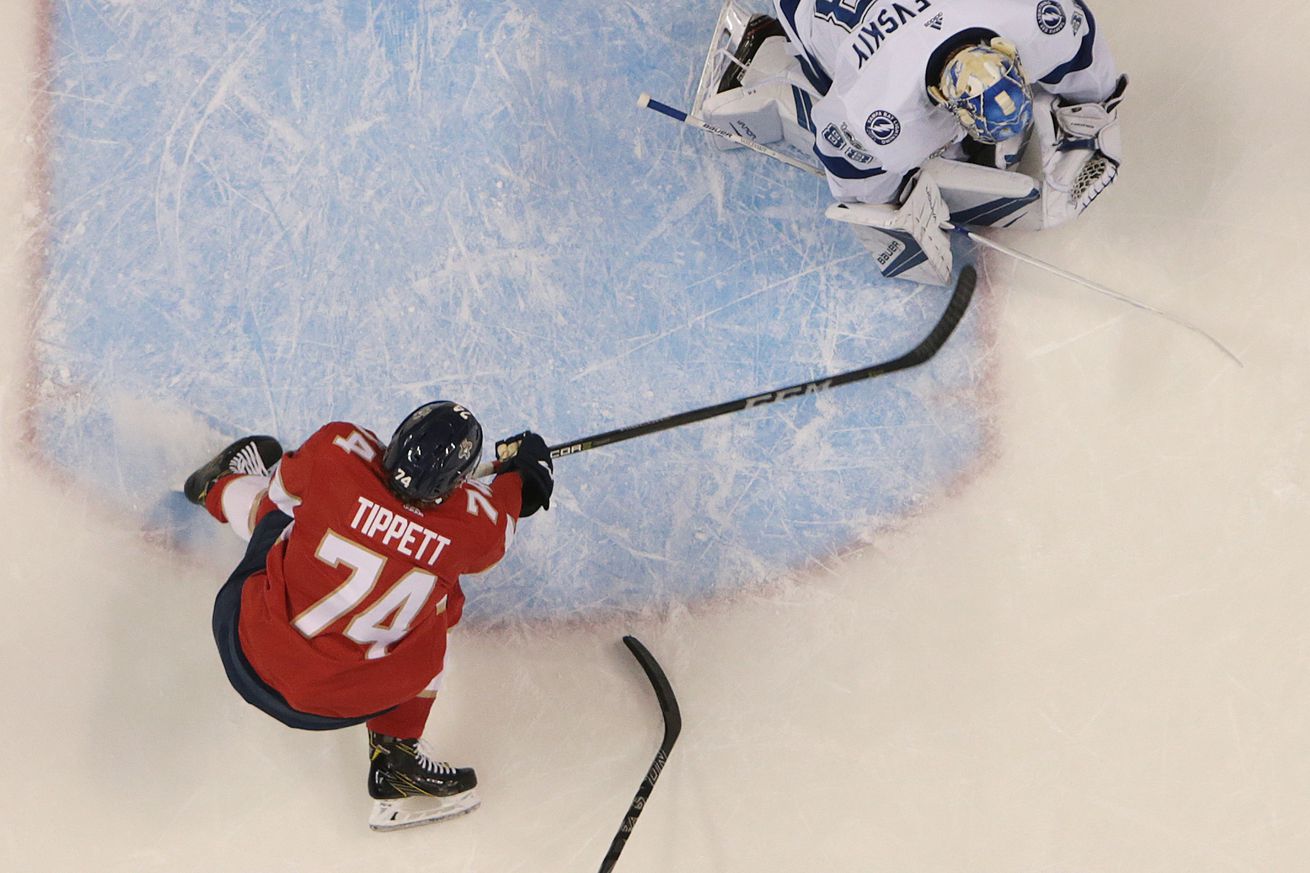 After being selected with the tenth overall pick in the 2017 NHL Entry Draft, winger Owen Tippett made the Florida Panthers out of training camp that fall, but failed to stick after a seven-game stint that saw him score his first (and only) NHL goal on October 26 against the Anaheim Ducks. Nice assist by Jamie McGinn by the way.

After two more seasons in the OHL, Tippett finally joined the pro ranks and totaled 19 goals and 21 assists in 46 games with the Springfield Thunderbirds before his rookie campaign was ended prematurely before the AHL season ended, well… prematurely.

Tippett, who was slated to play in the AHL All-Star Game in late January, was done-in by a wrist injury that eventually required surgery in the regular season game just prior to ASG. The 21-year-old scored a goal and set up two others in a 6-2 win over the Bridgeport Sound Tigers, so at least he went out with a bang.

Despite missing 15 games, Tippett’s 40 points led the Thunderbirds and his 19 goals were more than anybody on the roster with the exception of Danick Martel. However, Martel scored 16 of his 20 markers with the Syracuse Crunch before he joined Springfield after a deadline day trade that sent Anthony Greco to the Tampa Bay Lightning.

Looking at Tippett’s numbers from a wider spectrum (and keep in mind he played between ten to fifteen games less than the league’s other top rookie scorers) his 19 goals ranked sixth among AHL rookies; his seven power-play goals was good for third; and his 40 points ranked eighth in the league.

In addition to putting up very good offensive numbers, Tippett worked on some of the deficiencies in his game and has become a much more well-rounded player, finishing the AHL season with a +12 rating on a team that posted a +4 goal differential.

With Mike Hoffman and Evgenii Dadonov both slated for unrestricted free agency, Tippett’s opportunity for a full-time job with the big club could come real soon. A quick look at Florida’s salary cap situation says the chance of the team re-signing both of those players is very slim, so as Florida’s most NHL-ready prospect, and one blessed with a nice shot to boot, look for Tippett to step into a Top-Six or Nine role whenever the 2020-21 season begins.