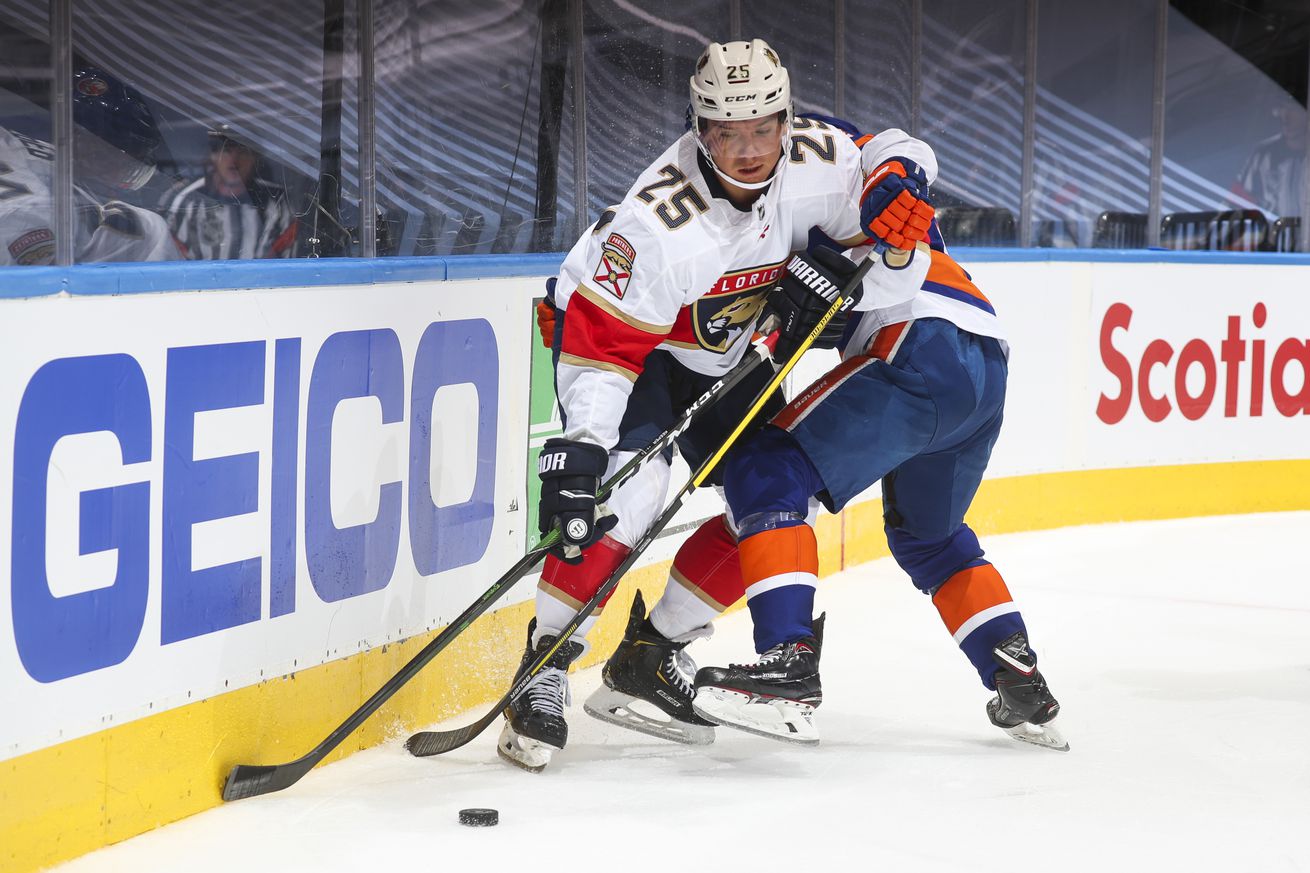 University of Maine product sticking around for another year

The Florida Panthers announced that the club has re-signed defenseman Brady Keeper to a one-year, two-way contract.

Keeper, 24, completed his first professional season, appearing in one Stanley Cup Qualifier game with the Cats and 61 American Hockey League regular season games with the Springfield Thunderbirds where he produced six goals, 18 points and registered 108 PIM.

The 6-foot-2, 209-pound native of Cross Lake, Manitoba, made his NHL debut on March 28, 2019 against the Ottawa Senators, making him the first person of the Pimicikamak Cree Nation to play in an NHL game.

Undrafted, the University of Maine alum signed a two-year, entry-level contract with the Panthers on March 18, 2019.

Keeper played in Florida 4-2 Game 2 loss to the New York Islanders. He logged 13:13 TOI and finished the tilt with a -1 rating.