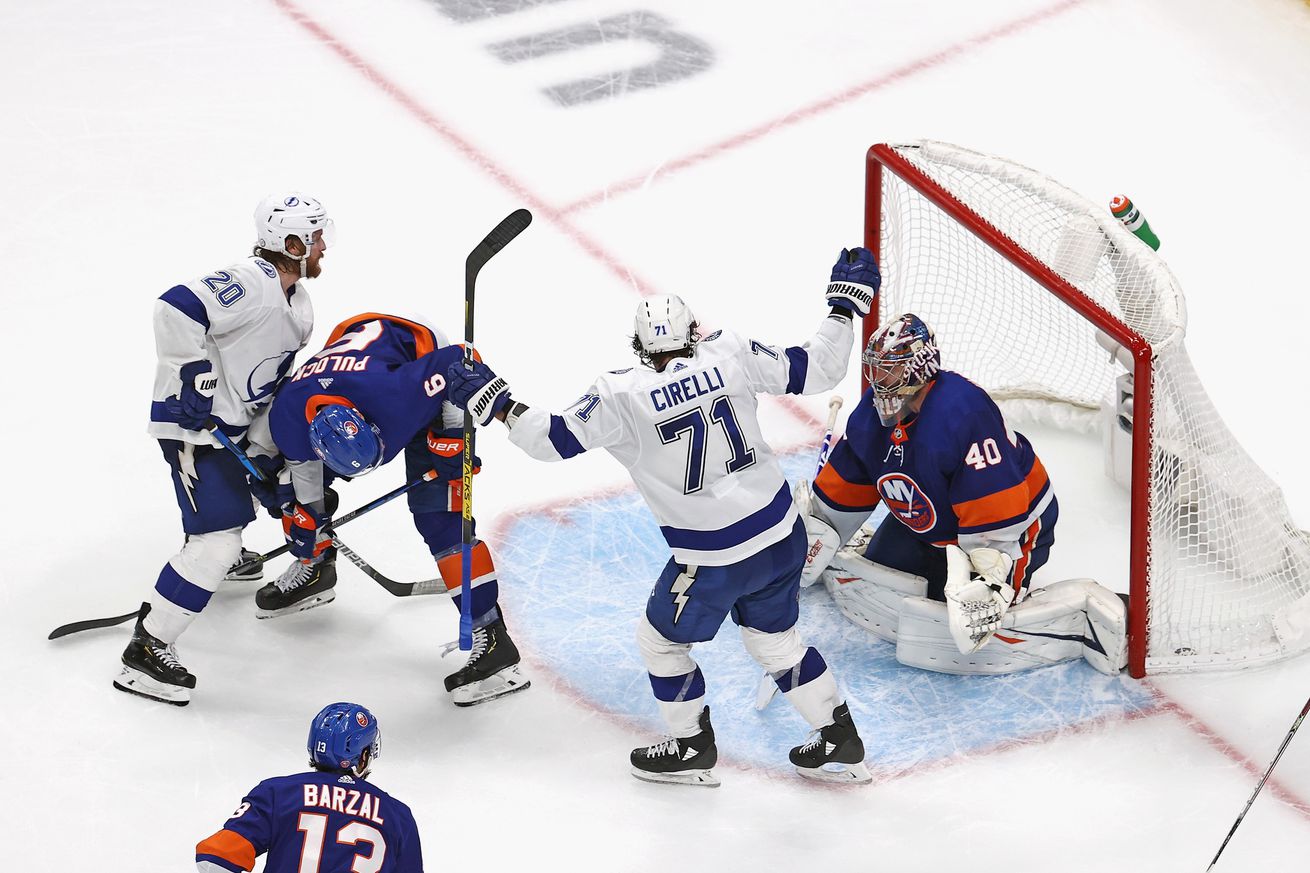 Tampa Bay advances to face Dallas for all the marbles

Anthony Cirelli took a pass from Barclay Goodrow and just barely scored 13:18 into overtime to give the Tampa Bay Lightning a 2-1 win over the New York Islanders in Game 6 of the Eastern Conference Final.

The Lightning will be going to the Stanley Cup Final for the third time in franchise history. Tampa Bay won Lord Stanley’s chalice in 2004 and lost to the Chicago Blackhawks in 2015.

Victor Hedman scored the other Tampa Bay goal and Andrei Vasilevskiy made 26 saves for the Bolts, who will play the Dallas Stars for the title starting Saturday night. Hedman is now up to nine goals in the playoffs.

A busy Semyon Varlamov made 46 saves for the Islanders, who were playing in the conference final for the first time since 1993.

Devon Toews gave New York a 1-0 lead 4:15 into the game, but the Isles could not solve Vasilevskiy a second time to force a Game 7.

The Islanders deserve a lot of praise for giving the Lightning a tough time, but I do want to point out that they only scored 12 times in the series, with 5 of those goals coming in Game 3, and went 2 for 19 on the power play, so they have work to do to get to the next level.