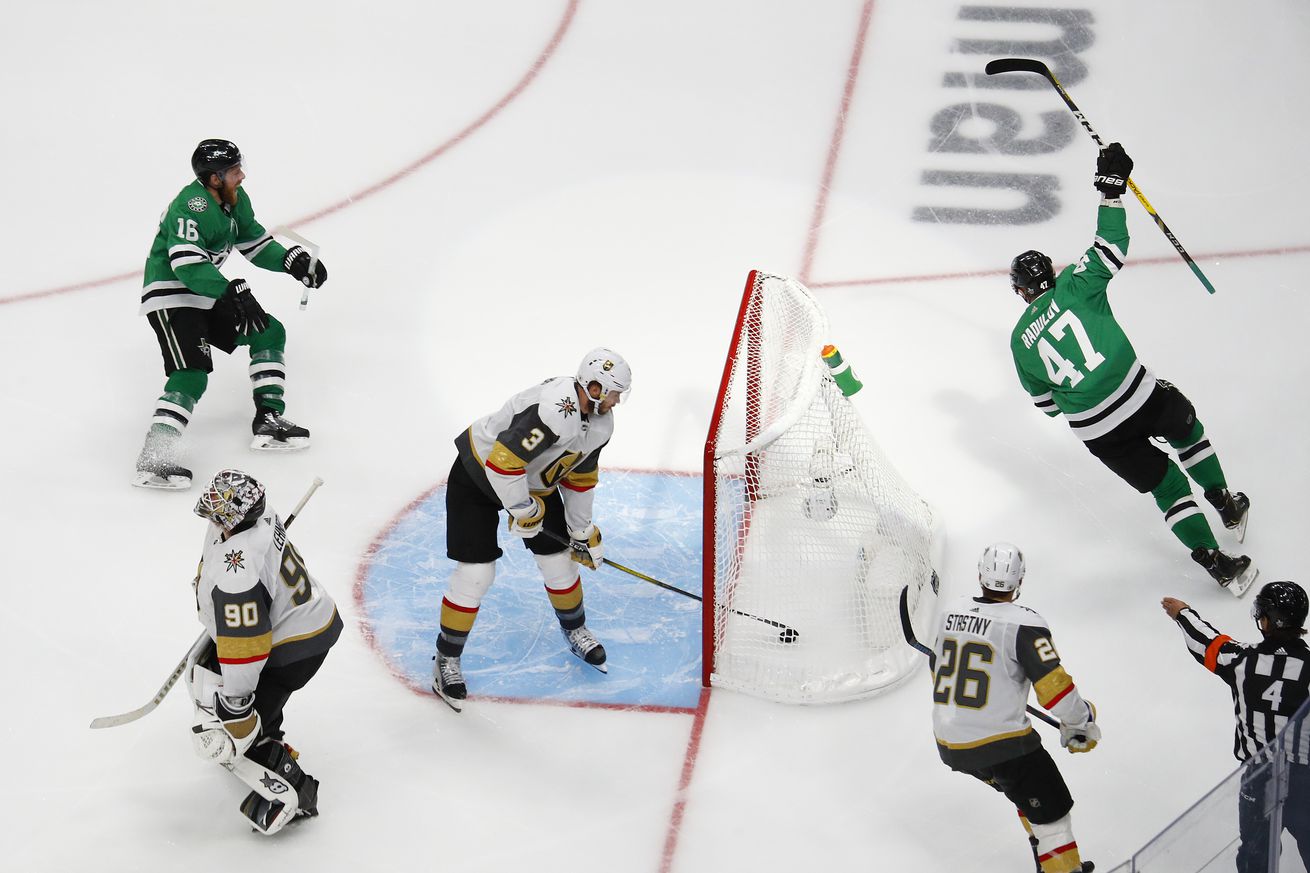 Alexander Radulov scored 31 seconds into overtime to give the Dallas Stars a 3-2 win over the Vegas Golden Knights in Game 3 of the Western Conference Final at Rogers Place in Edmonton on Thursday.

Radulov’s fourth game-winning goal of the playoffs, which was set up by Joe Pavelski, put the surprising Stars ahead two games to one in the series.

Jamie Oleksiak and Jamie Benn also scored for Dallas, and Anton Khudobin stopped 38 shots to pick up his tenth win of the postseason.

Shea Theodore and Alex Tuch scored, and Robin Lehner made 20 saves for the Golden Knights, who have lost four of its last six games and are having trouble finding the back of the net, despite racking big shot totals.