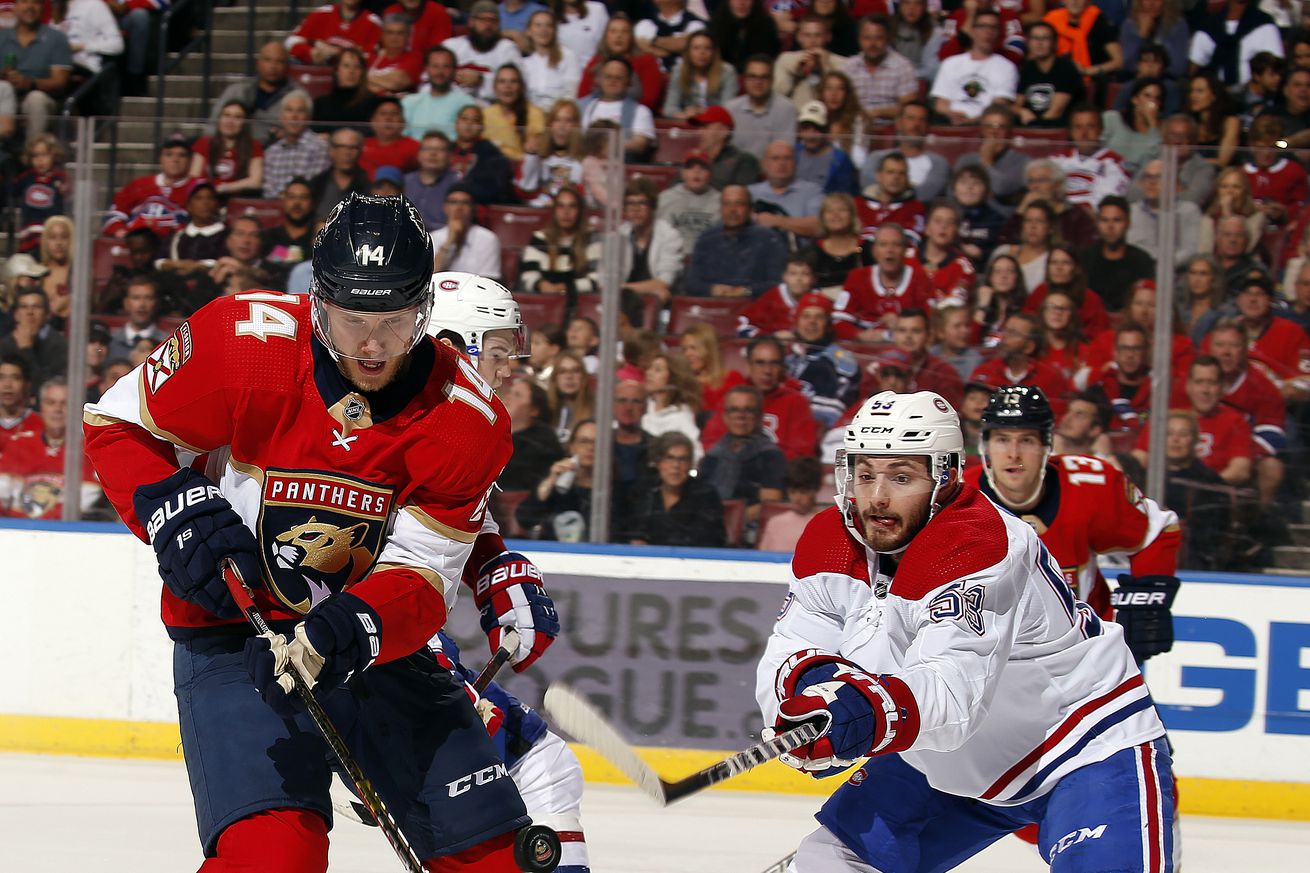 Cats will hang Luongo’s #1 from the rafters tonight

Two teams struggling to get into playoff contention in the Eastern Conference will meet on Saturday night when the Montreal Canadiens visit the Florida Panthers in Sunrise, Fla.

The Panthers have lost eight straight home games to break the previous franchise record, which was set in 2003.

Prior to Saturday’s game, the Panthers will retire former goalie Roberto Luongo’s No. 1 jersey.

But aside from the attention that ceremony will receive from fans, the Panthers (74 points) are in a desperate push to try to catch the Toronto Maple Leafs for third place in the Atlantic Division. Montreal (71 points) also trails Toronto (79 points entering Friday).

On Thursday, the Panthers played well defensively but lost 2-1 in overtime to the visiting Boston Bruins, who have the most points of any team in the NHL.

Montreal lost 4-0 on Thursday at the Tampa Bay Lightning.

”The compete level and the work ethic — I have nothing to complain about,” Montreal coach Claude Julien said of his team. “We tried hard.”

The Canadiens played without their top two goal-scorers — wingers Tomas Tatar (upper body) and Brendan Gallagher (flu). Each of them has 22 goals.