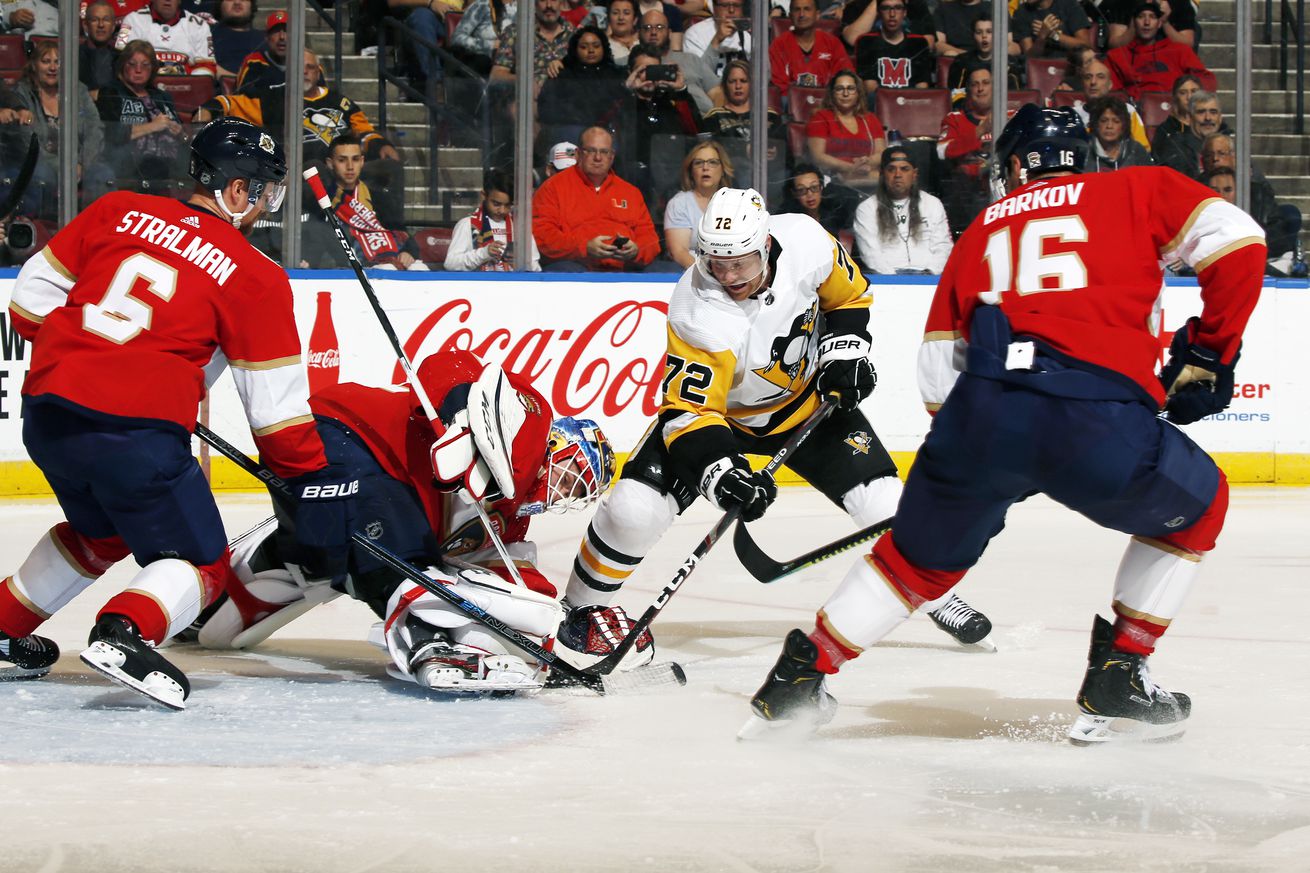 It took some time, but Florida and Pittsburgh finally complete trade

After a day-plus delay since the trade rumors originally broke, the Panthers included forward Colton Sceviour and the deal is now, finally, official.

The 33-year-old Hornqvist, who waived his no-trade clause to head south, has three years left to go on his current deal, which carries a $5.3 million cap hit. Matheson, who was removed from the lineup after two dreadful qualifying round games against the New York Islanders, has an unpalatable six years remaining on his contract that comes with a $4.875 million AAV.

While Hornqvist is six years older than Matheson he is still a useful NHLer, who put up 17 goals and 32 points in 52 games last season. Matheson, on the other hand, is a player who has regressed and doesn’t look the part.

The Panthers drafted Matheson in the first round (23rd overall) of the 2012 NHL Entry Draft. After a solid first season, recently departed GM Dale Tallon signed the young blueliner to an eight-year extension instead of a bridge deal, and as of today, looks to have lost on that contractual bet.

Hornqvist has a lot of miles on the clock, but I think the Cats will get more out him in the short term than the would’ve out of Matheson, who badly needed a change of scenery. With the potential departure of both Mike Hoffman and Evgenii Dadonov in free agency, Hornqvist might find himself in Florida’s top six. And, even if age catches up to him, his contract will be much less of an albatross than Matheson’s, making Zito first big move as GM a win.

Here’s the official press release from the team:

“A proven winner and champion, Patric brings a level of competition to our club,” said Zito. “He is a talented veteran presence who plays with an edge and we look forward to what he can add to our group.”

Since 2009-10, Hornqvist has scored 236 goals, 152 even-strength goals and 84 power-play goals, the most among Swedish-born NHLers in that span. Of Hornqvist’s 12 NHL seasons, he has scored at least 20 goals and notched at least 40 points eight times.

Over Hornqvist’s six seasons with the Penguins, he posted over 100 hits five times and led all Penguins forwards in hits twice, including a team-best 227 hits in 2016-17.

Prior to his career in the NHL, Hornqvist played professionally in Sweden. He was named the Elitserien Rookie of the Year in 2006-07 while playing for Djurgardens IF.