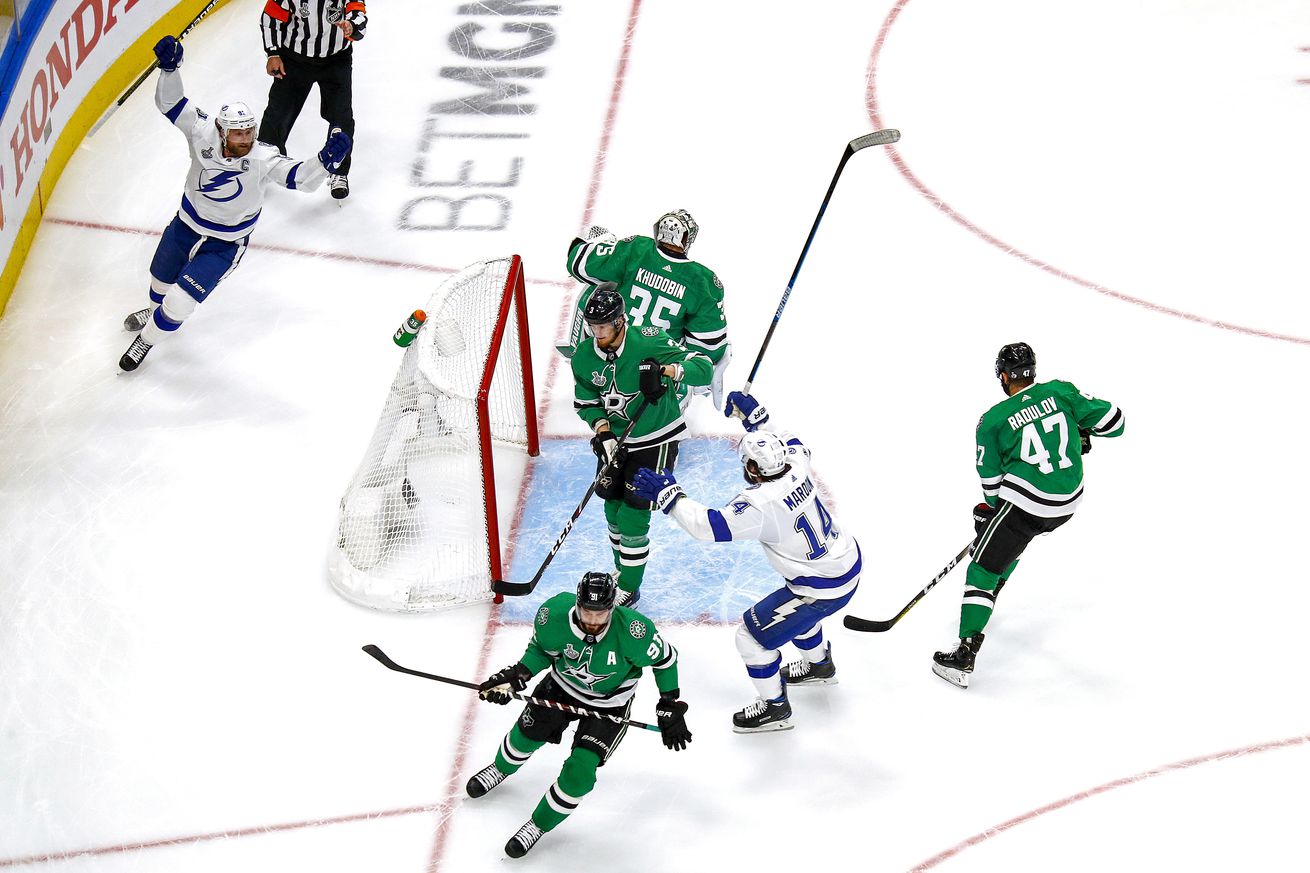 Steven Stamkos returned to the lineup scored on his first and only shot on goal to help spark the Tampa Bay Lightning to a 5-2 victory over the Dallas Stars.

With the win, the Lightning took a 2-1 series lead in the Stanley Cup Final.

After Nikita Kucherov feasted on a terrible turnover by Miro Heiskanen to give the Lightning an early 1-0 lead. Stamkos took a pass from Victor Hedman and beat Anthon Khudobin from the right circle at the 6:58 mark.

Jason Dickinson would score shorthanded to halve the deficit with the lone assist going to Roope Hintz at 11:19.

Tampa Bay exploded for three goals in the second period to pull away.

Hedman scored a power-play goal 54 seconds in to restore the Lightning’s two-goal lead and became the first defensemen since Brian Leetch in 1994 to hit the ten-goal mark.

Brayden Point notched his 11th of the postseason at 12:02, from Kucherov and Hedman, and Ondrej Palat matched Hedman with his tenth, from Point and Kevin Shattenkirk, with 1:05 left in the frame.

Heiskanen tallied in the third period to complete the scoring.

Stamkos played just 2:47, all in the first period, and was relegated to the bench for the second and third periods. His status for Game 4 is unknown at this time.

The teams will back-to-back games on Friday and Saturday.