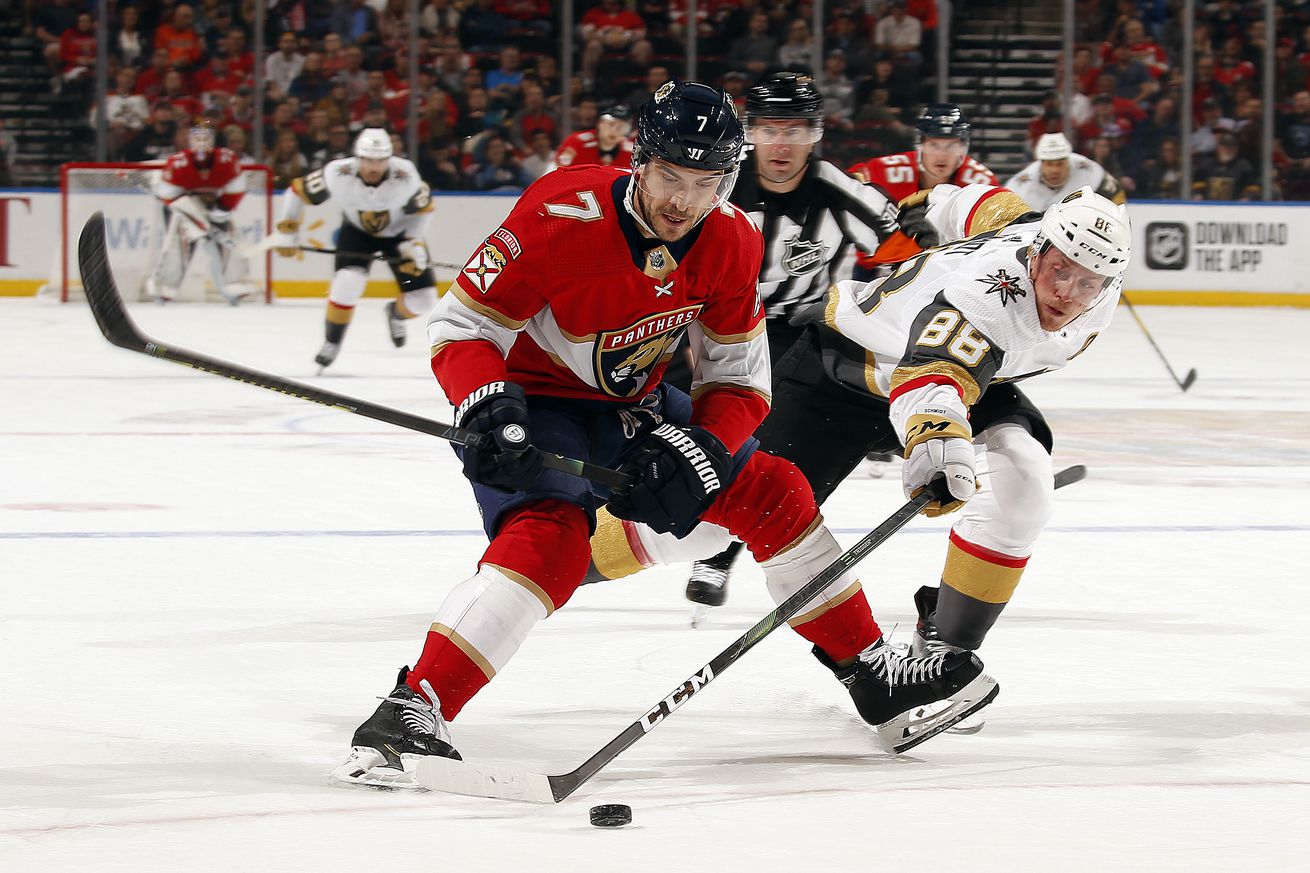 The Florida Panthers had a busy first day of free agency, coming to terms with defenseman Radko Gudas and forwards Carter Verhaeghe, Alexander Wennberg, Vinnie Hinostroza and Ryan Lomberg. These five players join acquisitions via trade Patric Hornqvist and Markus Nutivaara as the newest Panthers on a team that will look much different from the one that was handled by the New York Islanders in August during the Stanley Cup playoffs.

A few Cats that were cut loose by the new general manager Bill Zito found new homes over the weekend, with hybrid Mark Pysyk signing with the Dallas Stars, forward Dryden Hunt inking a one-year deal with Arizona Coyotes and forward Dominic Toninato embarking on a one-year stint with the Winnipeg Jets.

After making five signings on Friday, Zito was quiet on Saturday and Sunday, but this tidbit did hit the internet yesterday evening.

Hearing Nate Schmidt will be traded to the Florida Panthers to create the necessary space to sign Alex Pietrangelo. #Vegasborn #Flapanthers

The Vegas Golden Knights are trying to reel in Alex Pietangelo and need to shed salary to do so. Schimdt, an original Knight who is highly thought of in Vegas, didn’t have the greatest of seasons, but is still an effective top-4 defenseman, who would be welcome both on and off the ice in Florida. The 29-year-old has five years left on a contract that carries a $5.95 million AAV.

As of this morning, the trade hasn’t been consummated by the Panthers or anyone else for that matter. Schimdt’s modified no-trade clause could be the hold up, and the Winnipeg Jets, and perhaps other teams, could be in the running for the blueliner, So, Schimdt coming to Florida might not be the seemingly done deal that was originally reported.