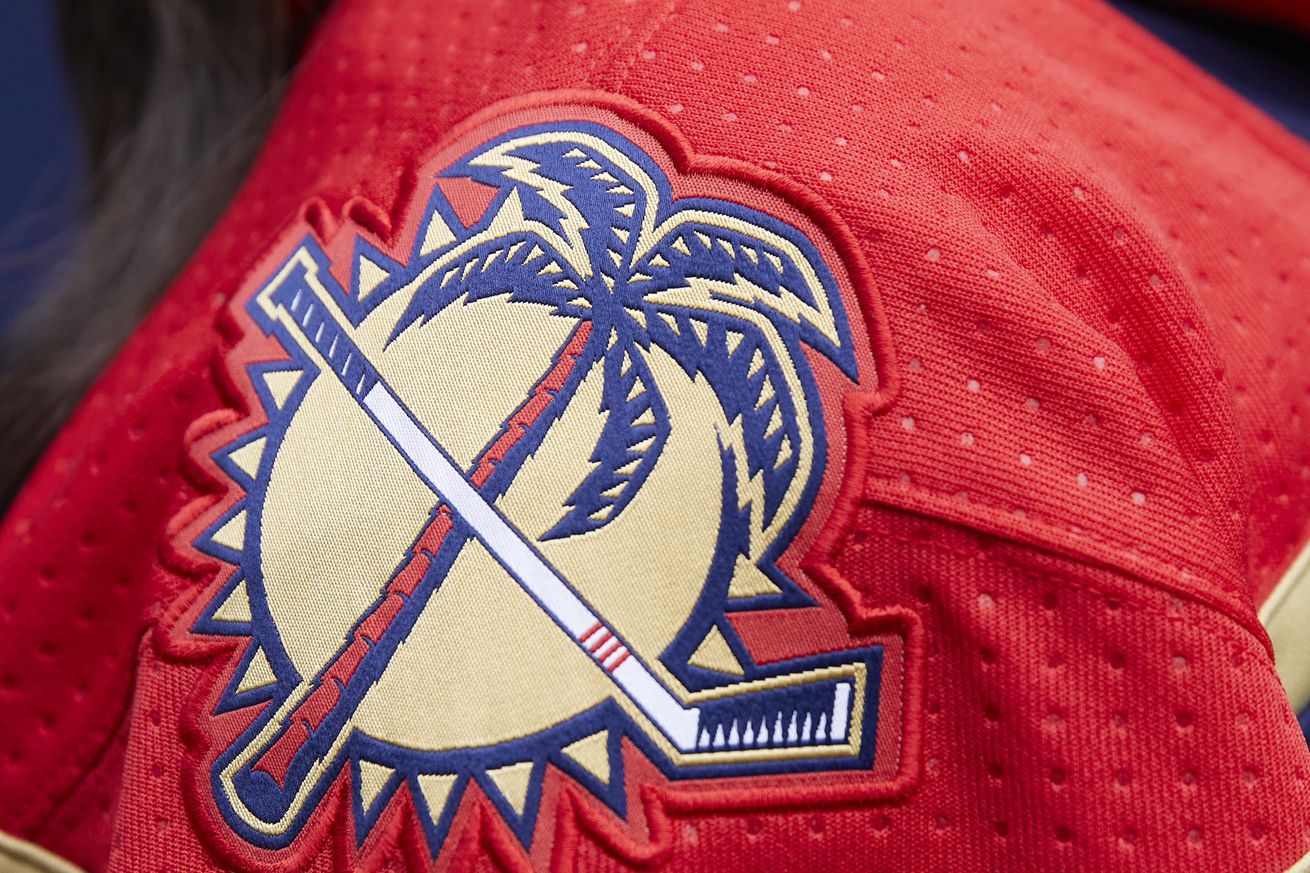 Preview of Cats retro reverse jersey is out

The Florida Panthers will have a new third jersey soon.

The new jersey will be part of the NHL and Adidas’ Reto Reverse program. According to the inside of the collar, the jersey is inspired by 1996. From the teaser picture that hit social media yesterday, we can that the jersey will be blue and that it has the original palm tree and hockey stick over sun shoulder patch and uses the modern shade of gold as opposed to the bright yellow of the original Florida uniforms.

What remains to be see is whether the main crest will be the original “leaping Panther” logo or the variant with the Panther snapping a hockey stick.

We will find out exactly what it, and the other 30 jerseys in the program, looks like later today.

In some on ice news, Panthers prospect Aleksi Heponiemi scored two goals in MODO Hockey’s 3-2 win over Vasterviks IK in Sunday action from Sweden’s HockeyAllsvenskan. Heponiemi scored a power-play 11:14 into the second period to tie the score at one apiece, and then scored again 1:19 later at even strength to put his club up by a goal. He was also on the ice for MODO’s third goal, but didn’t figure in the scoring. The 21-year-old finished the game with five shots on goal and a +2 rating.

Vladislav Kolyachonok logged 16:39 of ice time and finished with a +1 rating in Dinamo Minsk’s 4-1 KHL win over Barys.