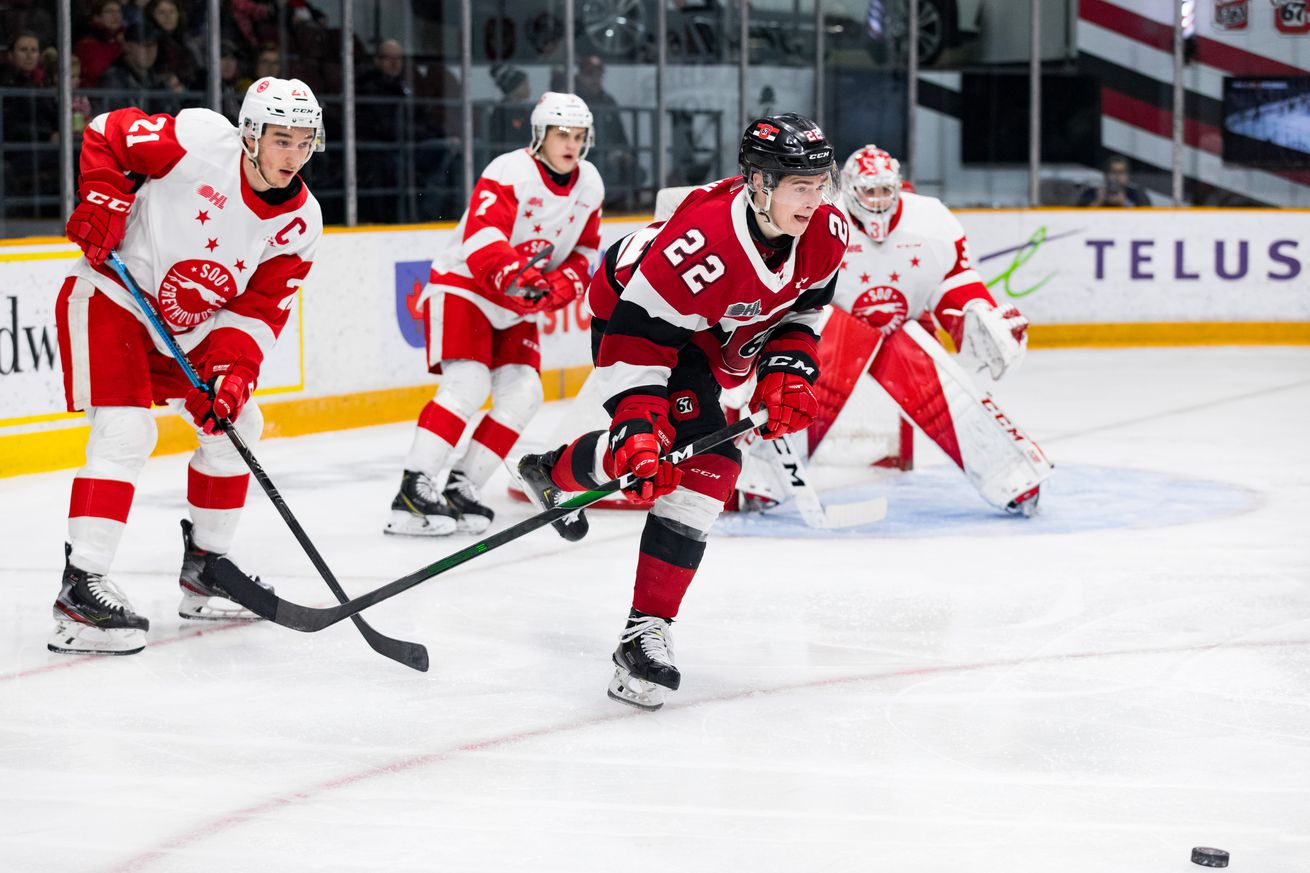 Photo by Richard A. Whittaker/Icon Sportswire via Getty Images

With the 12th pick in the SBN Mock Draft, Litter Box Cats is proud to select, on behalf of the Florida Panthers, Jack Quinn of the Ottawa 67s.

After watching a couple players go higher than expected in the SBN mock draft at 10 and 11, and some quick consultation with Zim! and Humble Modesty, I quickly fired off selection of young Mr. Quinn to the rest of the SBN NHL crew.

After scoring just 12 times in first full season in the Ontario Hockey League, Quinn, who is arguably the best pure sniper available in this year’s draft, lit the lamp 52 times and added 37 assists in 62 games for the 67s this season.

Those 52 goals left Quinn just three behind Toronto prospect Nick Robertson, who you may remember making four appearances for the Maple Leafs in its five-game qualifying round loss to Columbus, for the OHL league lead. His 89 points were good for third on his team, behind 120-point scorer Marco Rossi, who went 5th overall in the SBN mock to the Ottawa Senators, and 90-point over-ager Joseph Garreffa.

Unfortunately for Quinn and the powerful 67s, who topped the league standings, the coronavirus outbreak derailed the team’s bid for both the J. Ross Robertson Cup and the Memorial Cup. So, he did lose out on the additional high-pressure seasoning that a potential long postseason run would have brought.

As mentioned above, Quinn is a pure goal-scorer and he can fill the net with a variety of different shots. While a bit on the slight side he has worked hard to become better at winning battles along the boards to create scoring opportunities for his teammates, and he has the vision needed to set up them as evidenced by his jump from 20 helpers in 2018-19 to 37 assists in 2019-20.

In addition to his offensive skills, Quinn has a high hockey IQ and is competent in the defensive zone, displaying an active stick to break up plays and is not shy about blocking shots either. He is heady enough to kill penalties and is good in transition and jumping back on the offensive when the puck is turned over.

Ouinn is one of the older first-year prospects in this draft, so that could be a factor is his high offensive numbers. That said, he is very good all-around player with a 200-foot game and enough translatable offensive skills to be an effective NHLer.

In a perfect world, this year’s Panthers first-rounder would be a can’t miss potential second line center or a top-four defenseman, but with the way this mock draft board fell and the way the one in real life one is likely to, selecting Quinn at the 12 spot would be adding very nice piece to Florida’s prospect cupboard. The Panthers are nowhere near drafting by need and even if they were drafting the best player available is usually always the best course of action.