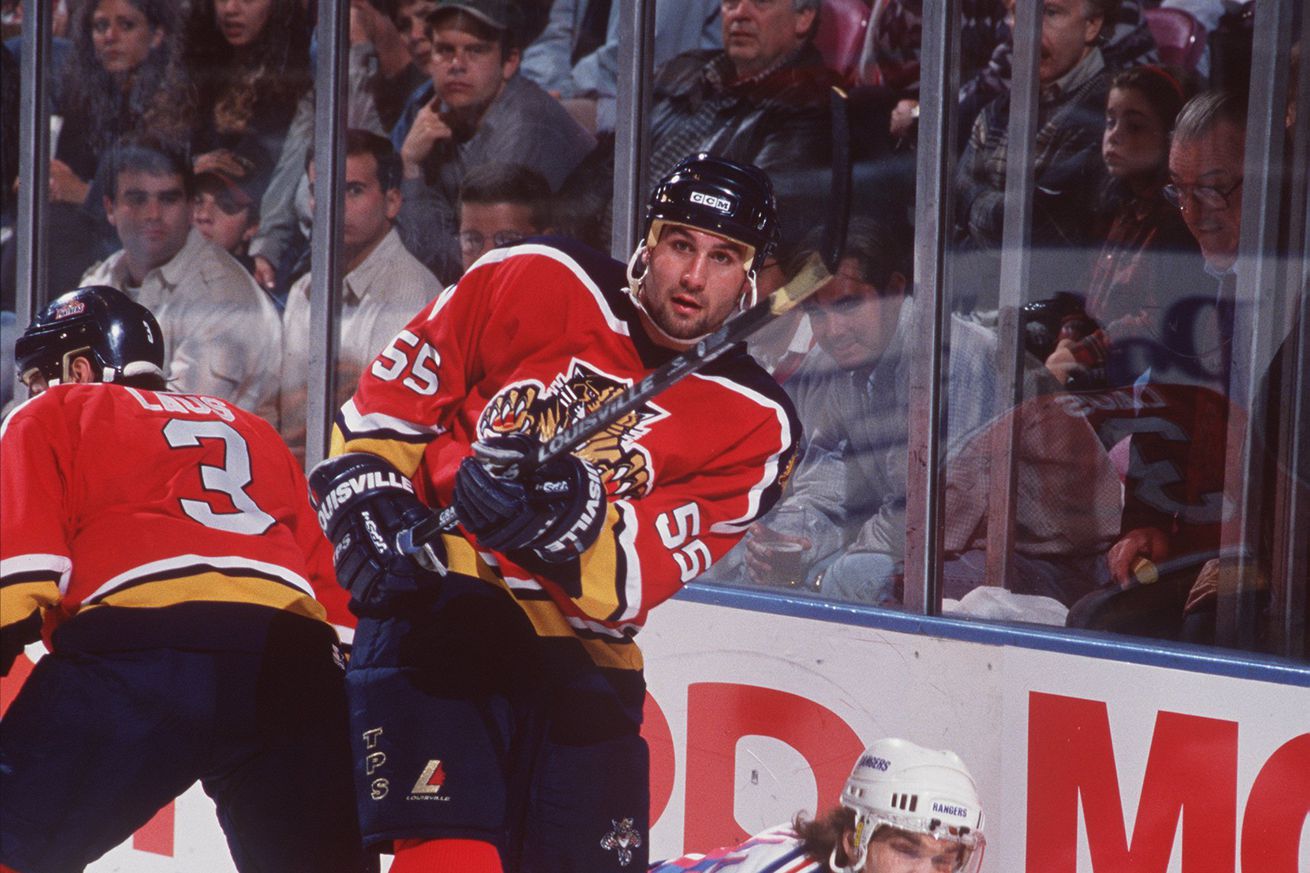 After re-imagining the Florida Panthers 1993 Entry Draft we move on to the 1994 event, held at the XL Center in a city that is sadly, no longer an NHL outpost, Hartford, CT.

I laid down a few rules to keep a sense of realism to my picks (i.e. no using a second round pick to pull a gem out of the seventh round that every team missed on repeatedly) and I hope at least some of you choose to play along in the comment section. It should be fun to see how powerful a draft class one could amass in hindsight.

If you want to post your picks in the comment you can use these rules or throw them out and pick anyone you’d like that came after the Panthers pick. It’ll be interesting to see what you can come up with.

Brian Murray took over from Bobby Clarke and ran Florida’s second go-round at the entry draft and I have to say, he did a pretty good job, especially in the early going. I actually ended up keeping three of the ten players he selected. I’m not sure that’ll happen again as we go through this exercise, but it is early, so we’ll see about that. In a bit of an odd arrangement, when the Anaheim Mighty Ducks and Florida Panthers entered the league in 1993, they were slotted fourth and fifth in the draft order, respectively, and then guaranteed the first two spots in the 1994 draft in inverse order. Based on the records of the non-playoff teams, the Cats should’ve been picking ninth instead of first overall. In addition to taking the Jovo Cop with first pick, (a fine choice as looking back over the entire first round, the only player I would’ve taken in front of Jovanovski was Ryan Smyth) Murray had a cluster of three picks in early in the second round and took advantage by selecting Rhett Warrener and Ryan Johnson, who both went on to enjoy productive NHL careers, Where he slipped was the selection of Jason Podollan 41st overall. As the draft went on, Murray missed out on a few really good players who were similar to the prospects he did select. Woulda, coulda, shoulda, right… Still, out of ten overall selections, six of them played in the NHL, which makes it a pretty good haul.

R1/1 With the three-slot limiter in place, of course I stuck with Murray’s pick of Jovanovski instead of switching over to Oleg Tverdovsky, Radek Bonk or gasp… Jason Bonsignore. Jovanovski was a nasty two-way defenseman who put up exactly 500 points in a career that spanned 1128 games with the Panthers, Vancouver Canucks and Phoenix Coyotes. As I mentioned above, had I had the whole first round to work with, Ryan Smyth, who went sixth overall to the Edmonton Oilers, is the only player I would’ve swapped out for the Jovo Cop.

R2/27 I also decided to stand pat with Warrener at 27th overall. This was a nice bit of work by Murray and staff in what turned out to be not of the greatest drafts in league history. The steady Warrener played 714 games for the Cats, Buffalo Sabres and Calgary Flames and went to the Stanley Cup Finals, and unfortunately, lost with all three of those teams. This was a really savvy selection.

R2/31 Murray’s work was so strong early on that even when I deviate, I still end up with a player he took in actuality. At 31, I forgo selecting the aforementioned Podollan, who only appeared in 41 NHL games, for the guy the Panthers selected with its very next pick, Ryan Johnson. Johnson played two separate stints for Florida and also suited up for the Tampa Bay Lightning, St. Louis Blues, Canucks and Chicago Blackhawks during his 701-game career.

R2/36 With a little revisionist history bringing the competent Johnson into the fold five picks earlier, I erase the Podollan mistake by plucking out another quality center in Scatchard in what was a toss up between him and Curtis Brown. Scatchard produced 269 points and played 659 games with six different NHL teams. The seven-pick limitation left me one slot away from Jose Theodore, who would have been a fine alternative to Podollan for Murray, too. We’d see more of Jose later on…

R4/84 The Panthers didn’t have a third-rounder and when they next picked they went with skilled winger David Nemirovksy, who ended up netting 16 goals in 91 games, early in round four. The concept was correct, but the player wasn’t. Murray should’ve ran to the podium to grab Milan Hedjuk, who was taken three picks later by the Quebec Nordiques, as all he did was score 308 goals and amass 805 points and win a Stanley Cup with the Colorado Avalanche in 2001.

R5/105 For a second straight round, Murray had the position right, but was off the mark with the prospect. David Geris never made it to the NHL while solid Czech-born defender Pavel Trnka, who went to Florida’s expansion brethren in Anaheim, played 411 regular season games, scoring 14 goals and 77 points and racked up 323 penalty minutes. Due to the rules of the re-draft, Marty Turco was out of my reach, but he was also there for taking in the fifth round in the world of 1994.

R7/157 Murray kicked off round seven by going with O’Dette, a right wing from the Kitchener Rangers. Like Geris, O’Dette never skated in the NHL. A player that did make it to the top level was center Serge Aubin, who produced 108 points in 374 NHL games before he finished his career off with a six-year stint in Europe. Colin Forbes was also a consideration at this spot.

R8/183 I could have easily stuck with Murray’s selection of Jason Boudrias at the beginning of round eight as none of the other players in my 15-pick allotment made it to the show either. Instead, I went with Tom Buckley, who played for the Panthers’ short-lived AHL affiliate, the Beast of New Haven and also skated with the Florida Everblades of the ECHL during his minor-league career. That was much more interesting to me…

R10/235 In addition to failing to pick Hedjuk in the fourth round, Murray let another skilled Czech forward slip through his grasp when he left Zednik on the board in favor of Finn Tero Lehtera, who in fairness, turned out be a pretty good player on the other side of the pond. Zednik punched in exactly 200 goals on this side of the Atlantic and actually played 124 of his 745 NHL games with the Cats, and in a scary incident, almost lost his life while with the club.

R11/261 Once again, right idea, wrong execution. To bring his first draft with the Panthers to a close, Murray took a shot on Swedish defenseman Per Gustafsson, who actually played 89 NHL games (58 with Florida), which is a notable achievement for an 11th round pick. That said, a better Swedish blueliner by the name of Dick Tarnstrom was available. After honing his skills with AIK in his native country, Tarnstrom played 308 NHL games for the New York Islanders, Pittsburgh Penguins, Oilers and Columbus Blue Jackets before heading back home to rejoin his original team.