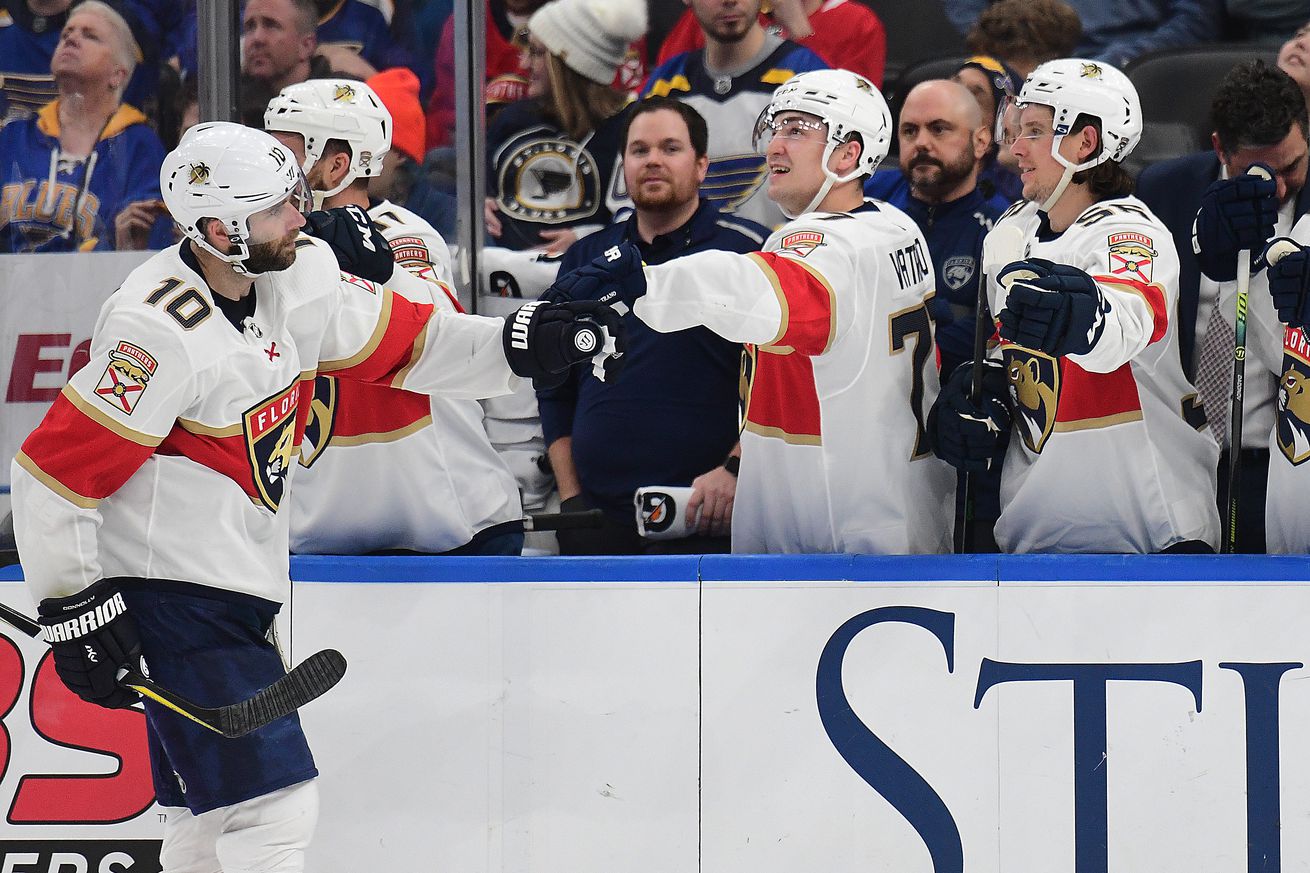 Brett Connolly picked the prefect time to end a long scoring drought when he took a pass from Aleksi Saarela and potted the go-ahead goal 4:23 into the third period to give the Florida Panthers a colossal 2-1 win over the St. Louis Blues.

Connolly hadn’t lit the lamp since scoring in a 5-3 win over New Jersey on February 11.

Saarela muscled Vince Dunn off the puck behind the net and the jostled cage impeded the movement of Blues keeper Jordan Binnington, who couldn’t get over to deny Connolly’s 19th of the season.

The win pulled the Panthers within a point of the third place Toronto Maple Leafs with both teams now having played 69 games.

After a scoreless first period, the Stanley Cup champs took a 1-0 lead when Colton Parayko was given way too much time and space and absolutely hammered a shot over Chris Driedger’s glove at the 11:20 mark of the second.

Three Panthers converged on Robert Thomas and Tyler Bozak at the right point which left Parayko wide-open after Thomas was able to send the puck over to the other side. Jonathan Huberdeau got caught on the wrong side of the ice trying to help out his mates instead of simply marking his man.

The Cats would get just one opportunity on the power play and they made it count to tie the score 4:52 later.

After he jammed Saarela with a slightly off the mark pass, Keith Yandle made a fine play to keep the puck in the St. Louis zone. Evgenii Dadonov fed Mike Hoffman for a one-timer that missed the net. Saarela collected the puck and sent a long crossing pass from the left boards to Hoffman in the right circle. This time Hoffman paused and picked his spot and beat Binnington blocker side, just inside the far post for his team-leading 29th goal.

Both goaltenders put on fine performances with Driedger finishing with 26 saves and Binnington stopping 32 shots, including a breakaways by MacKenzie Weegar and Saarela and a big glove save on Aaron Ekblad that he made look really easy.

Driedger has returned from IR to post much-needed back to back wins over Montreal and now St. Louis after getting the Panthers to overtime against the Bruins and now sports a 7-2-1 record, 2.05 GAA and sparkling .938 save percentage.

The Panthers will finish off the two-game roadie Thursday night in Dallas. Root for the Tampa Bay Lightning as they face the Leafs tonight in Toronto.