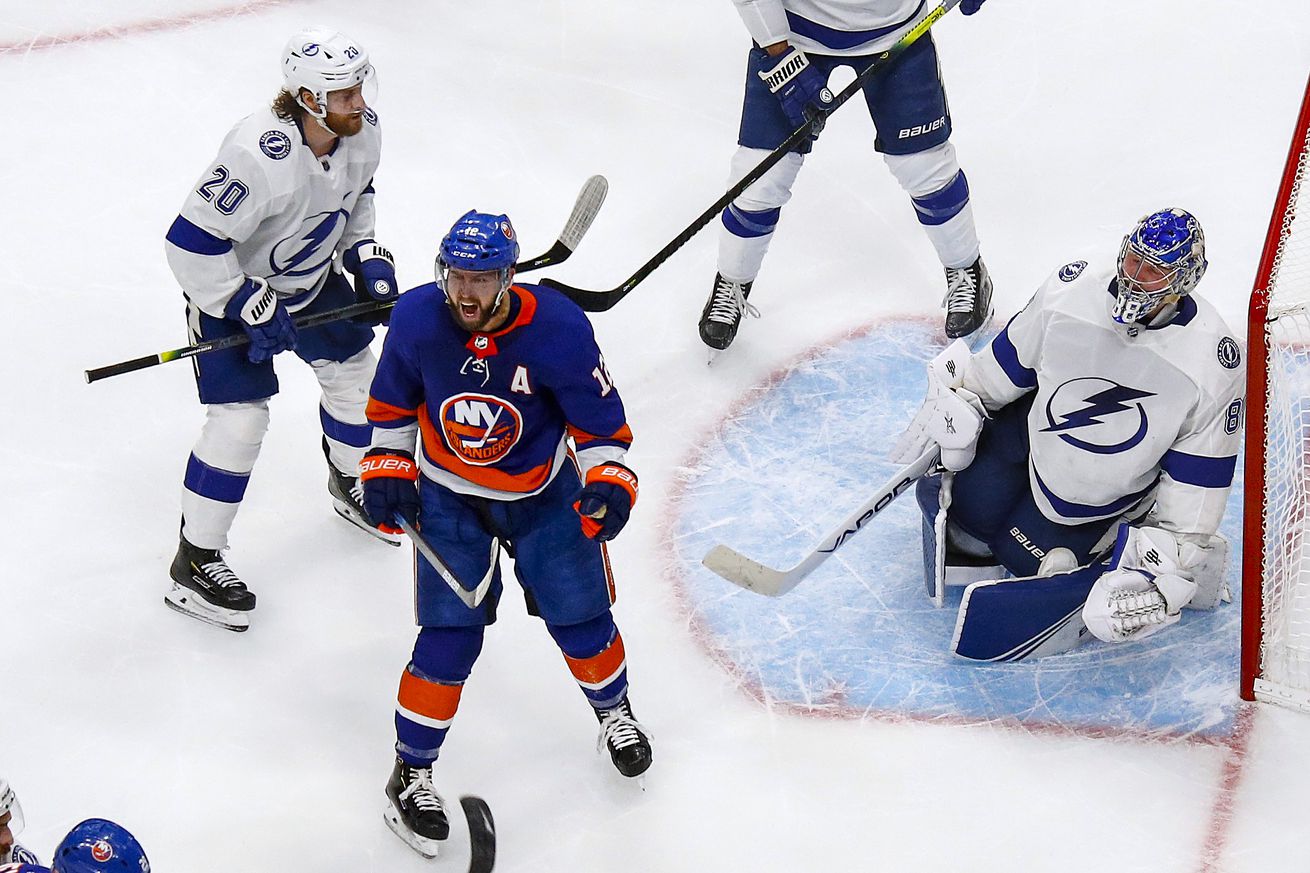 Brock Nelson scored the game-winning goal with 3:25 remaining in the third period as the New York Islanders held off the Tampa Bay Lightning for a 5-3 win in Game 3 of the Eastern Conference Final.

The Islanders led 3-1 in the third before the depleted Bolts, who were missing injured Brayden Point and suspended Alex Killorn, rallied to tie the tilt on goals from Ondej Palat and Tyler Johnson.

Semyon Varlamov stopped 34 shots for the Islanders while Vailevskiy finished with 31 saves for the Lightning, who now hold a two games to one in the series, which continues on Sunday at 3 p.m.