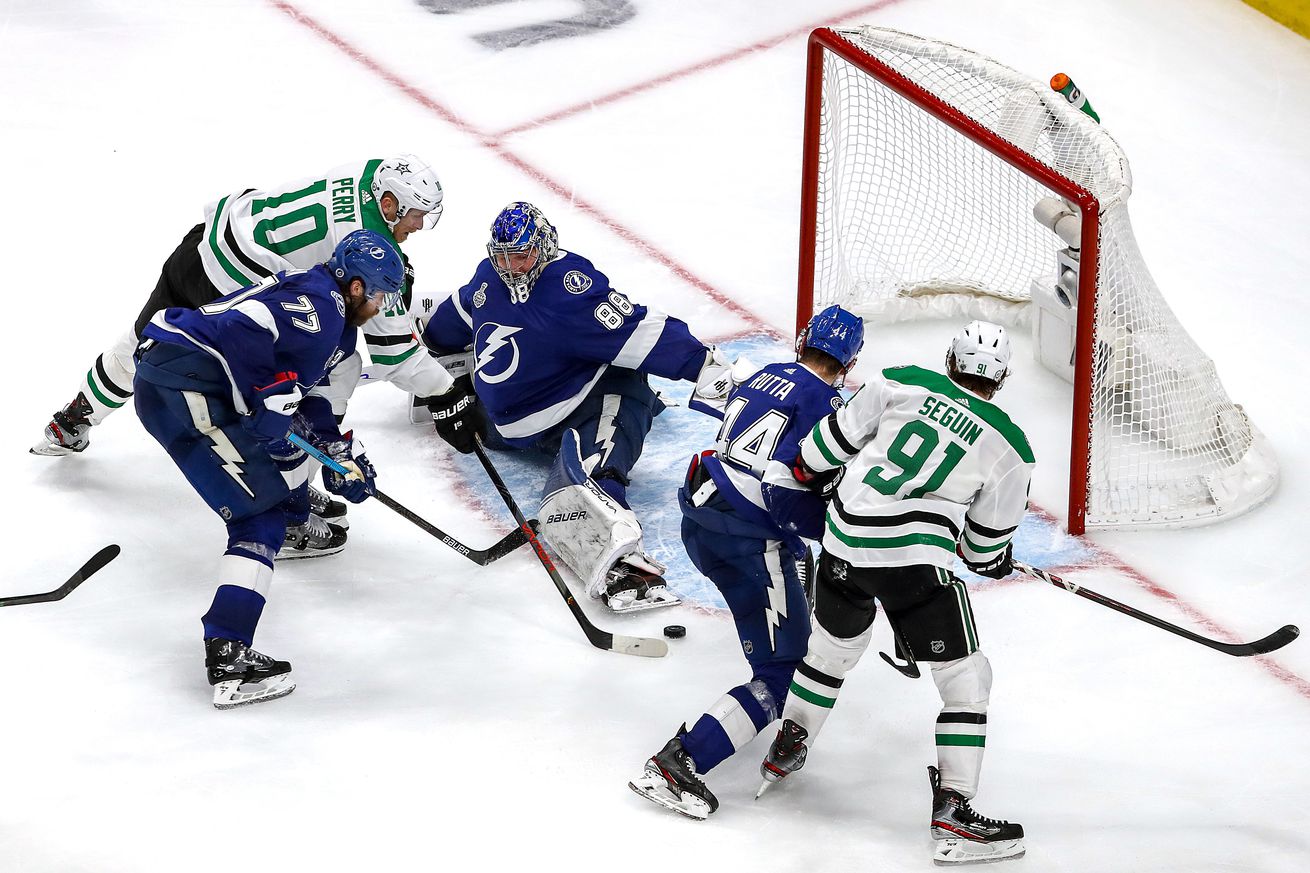 Corey Perry’s second goal of the game 9:23 into the second overtime period gave the Dallas Stars a 3-2 victory over Tampa Bay Lightning in Game 5 of the Stanley Cup Final in Edmonton.

Mikhail Sergachev’s early third period tally had the Lightning on the brink of its second championship, but Joe Pavelski scored with 6:45 remaining in regulation, allowing the Stars to avoid elimination.

Tyler Seguin had a hand in all three Dallas goals and Anton Khudobin made 39 saves for the Stars.

Ondrej Palat scored the other Lighting goal, Bayden Point had two assists and Andrei Vasilevskiy made 30 saves for the Lightning, who were trying to win the Stanley Cup for the first time since 2004.

It is the first time in NHL history that there were overtime games in the Cup Final on consecutive days.

Game 6 will be played on Monday night at 8 p.m.