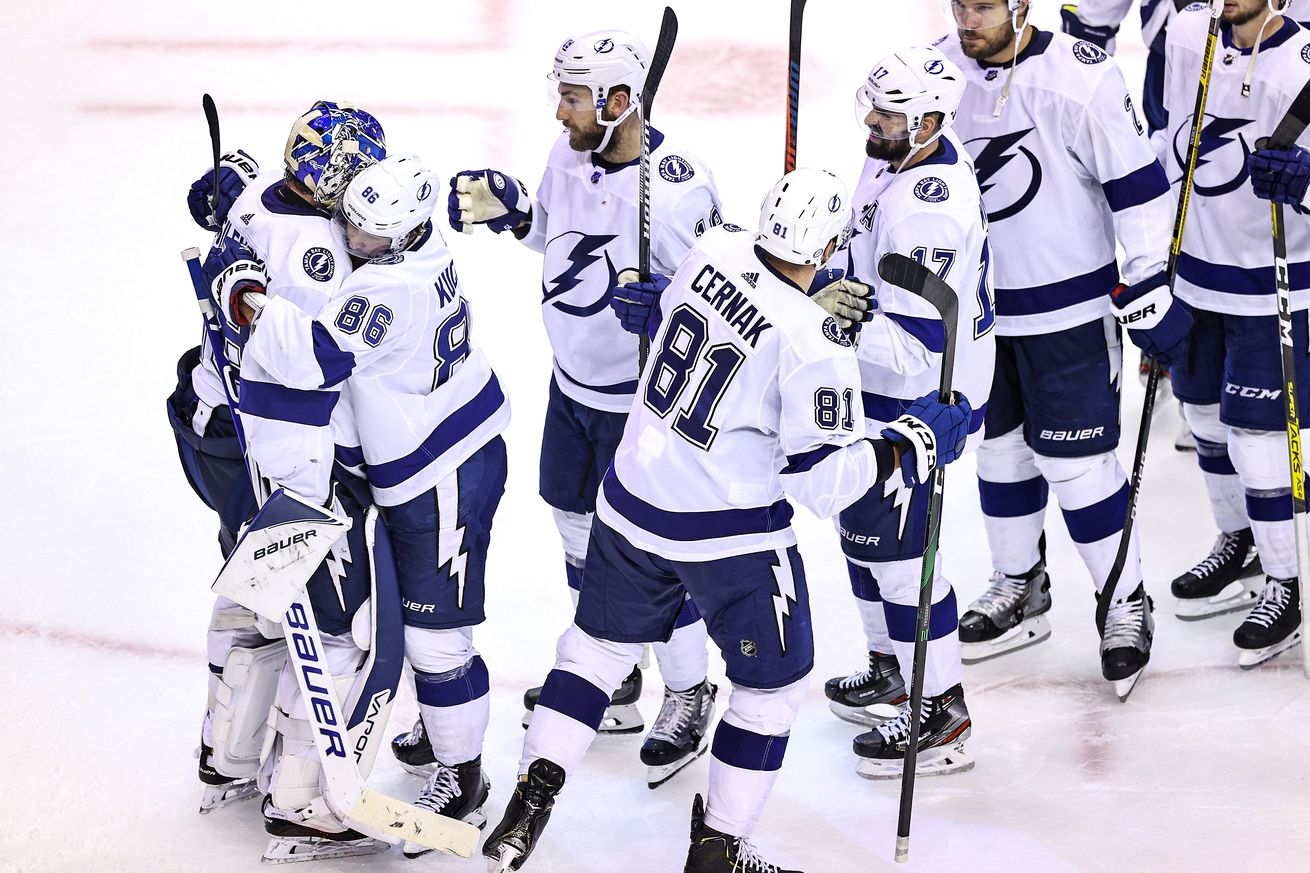 The Tampa Bay Lightning are one win away from becoming the first team to advance to the Conference Finals of the 2020 Stanley Cup Playoffs. The New York Islanders and Vegas Golden Knights also won to take the lead in its respective series.

Ondrej Palat scored two goals to power the Tampa Bay Lightning to 3-1 win over the Boston Bruins 3-1 in Game 4 at Scotiabank Arena in Toronto. Goaltender Andrei Vasilevskiy made 29 saves, and Nikita Kucherov had two assists for the Lightning, who took a 3-1 series, leaving the Bruins on the brink of elimination.

Tampa Bay leads the series three games to one.

Leo Komarov scored the go-ahead goal late in the second period and Anders Lee added on in the third as the New York Islanders took a two to one series lead with a 3-1 victory over the Philadelphia Flyers. Matt Martin scored New York’s fist goal and Semyon Varlamov stopped 26 shots. Tyler Pitlick opened the scoring with the only goal for the Flyers,

Islanders lead the series two games to one.

Alex Tuch, Zach Whitecloud and Mark Stone scored the goals and Robin Lehner made 31 saves in the Vegas Golden Knights 3-0 win over the Vancouver Canucks. The Golden Knights are 7-0 when scoring first this postseason and have blanked the Canucks twice in the series.

Vegas lead the series two games to one.