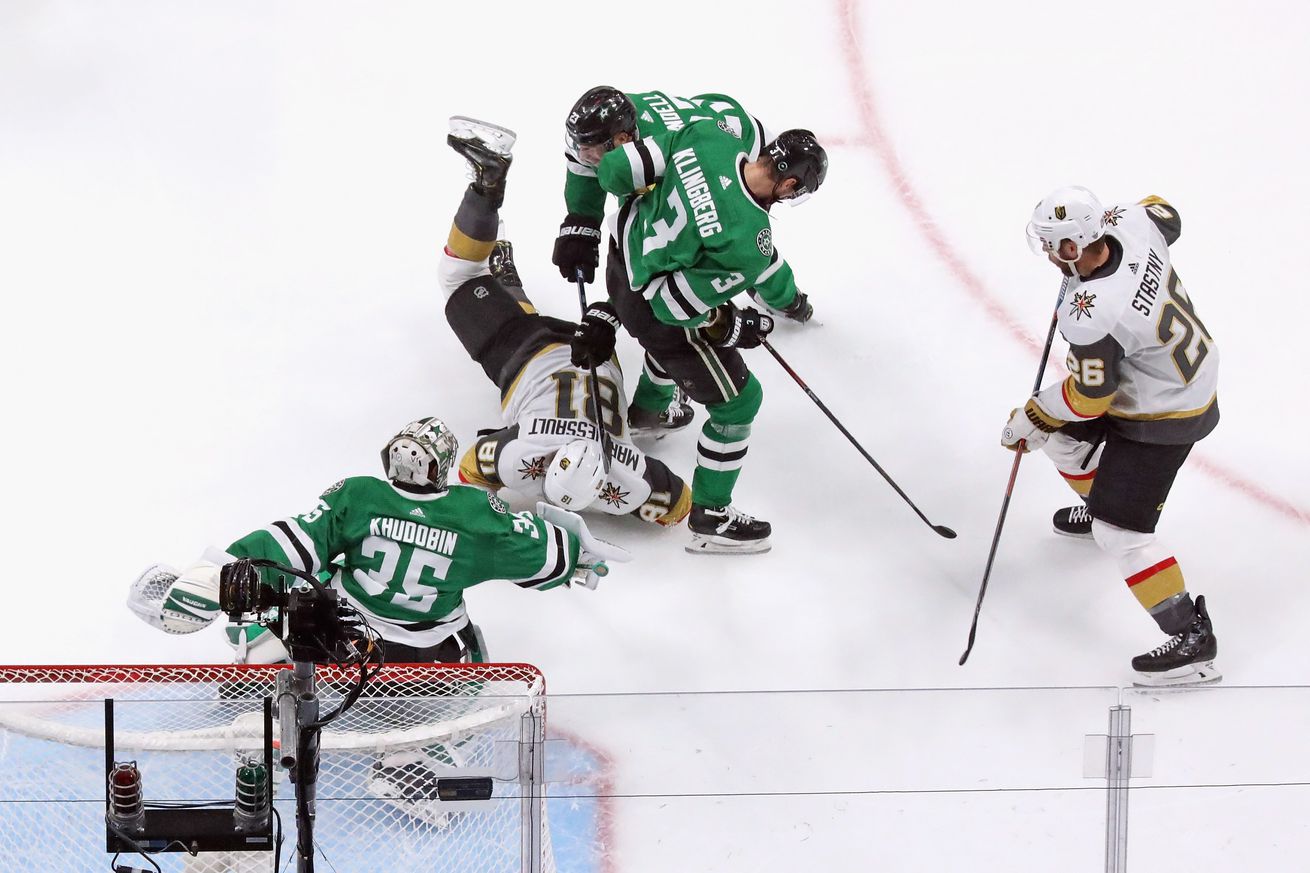 Anton Khudobin stopped 32 shots, and Jamie Benn and Joe Pavelski scored the goals in the Dallas Stars 2-1 win over the Vegas Golden Knights in Game 4 of the Western Conference Final.

The Stars are one win from advancing to the Stanley Cup Final for the first time since 2000, when they were defeated in six games by the New Jersey Devils.

Alec Martinez came up with the only goal for the Golden Knights, giving his team the lead with a power-play one-timer from the top of the right circle at 7:44 of the second period.

Pavelski tied the game 3:50 later and Benn put Dallas on top with a power-play goal with 59 remaining in the middle frame when he converted from the slot after John Klingberg’s shot got blocked.