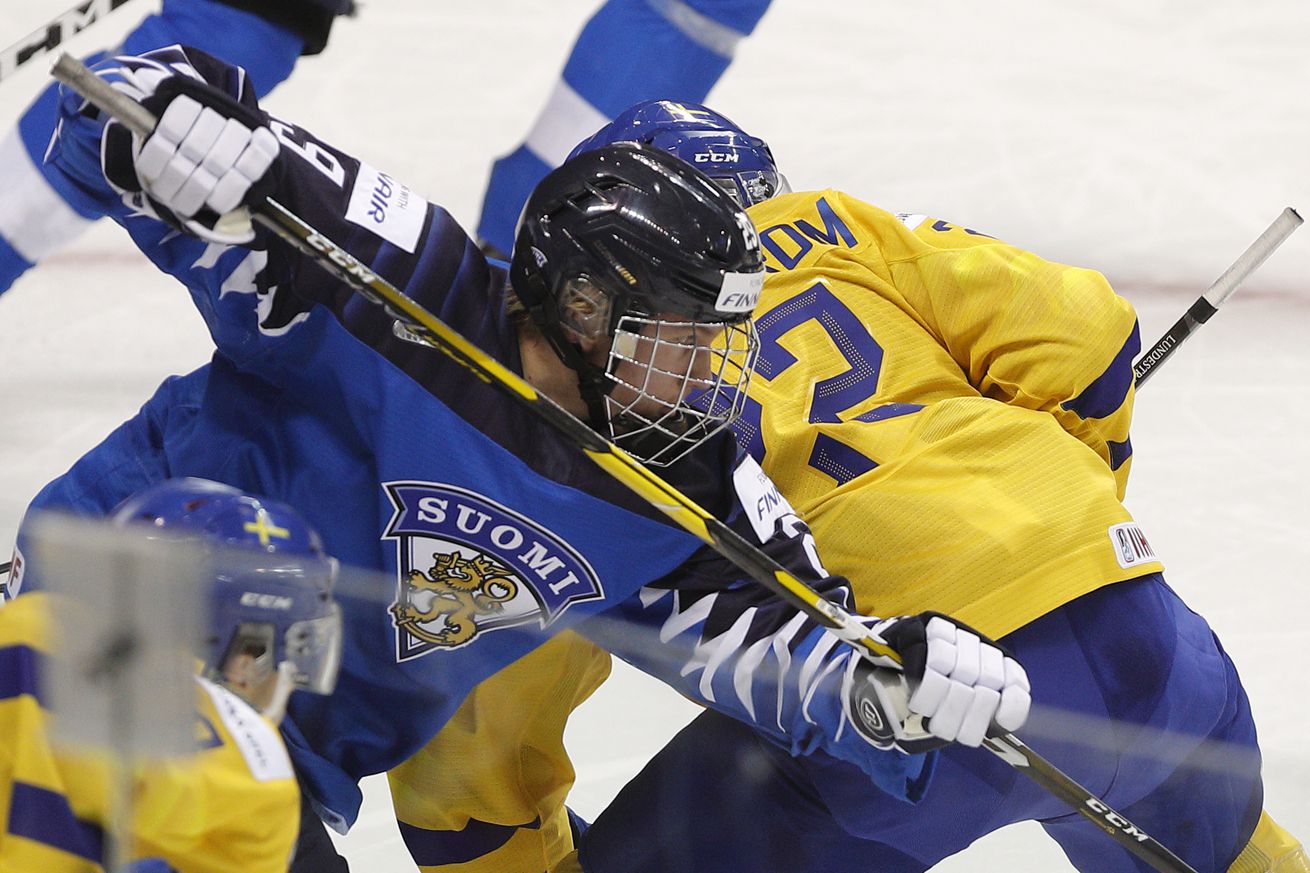 Florida Panthers 2020 first-rounderAnton Lundell bagged his ninth goal of the season in HIFK’s 7-1 rout of Karpat in Saturday action from Finland’s Liiga.

The 19-year-old logged 19:24 of ice time and finished the game with a +1 rating. His goal was the final tally of the contest.

Lundell’s nine goals lead HIFK and his 13 points have him third in club scoring behind Emil Bemstrom and Jere Sallinen.

Aleksi Saarela collected an assist in Lukko’s 9-1 blowout win over Assat. Saarela logged 21:46 and finished the game with one shot on goal and an even rating. In 12 games played for Lukko, Saarela has potted 8 goals and 10 points.

Santtu Kinnunen logged 14:47 TOI during Tappara’s 5-1 loss to Pelicans. The 21-year-old defenseman finished the game with a -3 rating. Kinnunen has 4 points in 12 games for Tappara.

Rodrigo Abols notched the game-winning goal in Orebo HK’s 6-5 overtime victory over Rogle BL in Swedish Hockey League action. Abols’ goal was his fifth of the season. He finished the game with three shots on goal, a -1 rating and 17:14 TOI. Abols has produced 8 points in 11 games for Orebro.

Florida reserve Maxim Mamin collected an assist in a CSKA Moscow’s 7-0 win over Sochi in KHL action. Mamin registered a game-high five shots on goal and finished with a +2 rating while logging 15:30 TOI. The 25-year-ol has 17 points (9G/8A) in 25 games this season.

In NCAA action, 2019 fifth-rounder Owen Lindmark assisted on two goals in Wisconsin’s 5-3 win over Notre Dame. Lindmark registered two shots on goal, a block, won 4 of 13 faceoffs and finished the game with a +2 rating.