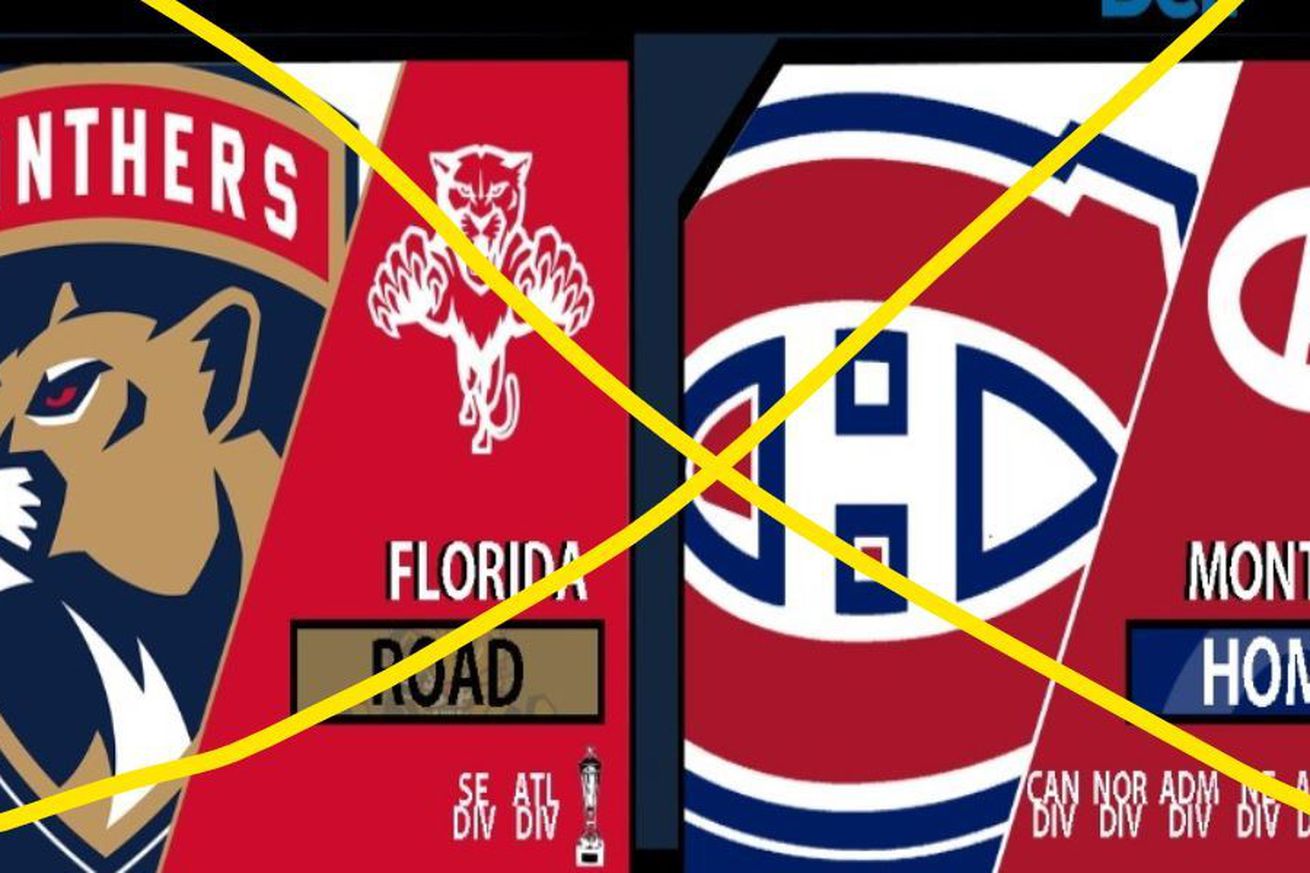 The Florida Panthers were scheduled to play the Montreal Canadiens for the fourth and final time tonight at Bell Centre in Game 78 of the 2019-20 season. Florida won two of the previous three meetings including a 4-1 victory over the Habs on March 7 in what could very well turn out to be the Cats final home game of the season.

Elliotte Friedman spoke to Jonathan Huberdeau for the latest 31 Thoughts.

Everything is uncertain now, but Florida traded Vincent Trocheck and there was a sense more could come if the Panthers don’t find their way. How much does the group of Aleksander Barkov, Aaron Ekblad and Huberdeau discuss what could happen?

“We all know we can’t control what the GM wants to do, but we sure know one thing we can control is to win. We tell ourselves that if we win, we will all stay together. It’s not complicated, and that’s what we need to do in the near future.”

“Joel is a great coach with a lot of energy, loves to win and knows what it takes to win. Practices are hard and intense! He wants you to work hard and earn your ice time.”

Big accomplishment this season for Huberdeau, who became the all-time leading scorer in Panthers’ history. Every season, his totals increase, as he was on pace for 93 points, which would have edged his career high of 92 from last year. How close is he to the player he expected to be?

“For me, I got better every year since the beginning of my career. Consistency is a big thing in this league and I feel I’ve come a long way since I was 19. I still think I have more to give to my team to have a chance to win a Stanley Cup.”

The NHL Combine in Buffalo, NHL Awards in Las Vegas and NHL Draft in Montreal were all postponed Wednesday due to the outbreak of COVID-19. No new dates were announced. (Sportsnet)

Greg Wyshynski thinks the NHL should get it over with already and cancel the season. (ESPN)

Our division rivals, the Buffalo Sabres have signed defenseman Mattias Samuelsson to a three-year, entry-level contract. The former second-round, 32nd overall pick from the 2018 NHL Draft played two years at Western Michigan. (Die By The Blade)

The Canadiens have signed defenseman Gustav Olofsson to a one-year, two-way contract extension for the 2020-21 season. He played 57 games for the Laval Rocket, scoring a goal and adding 15 assists and played three NHL games with the Canadiens. (Eyes On The Prize)

The Nashville Predators signed center Thomas Novak to a two-year, entry-level contract. Nashville selected Novak in the third round of the 2015 Draft. He spent last season with the AHL’s Milwaukee Admirals. (On The Forecheck)