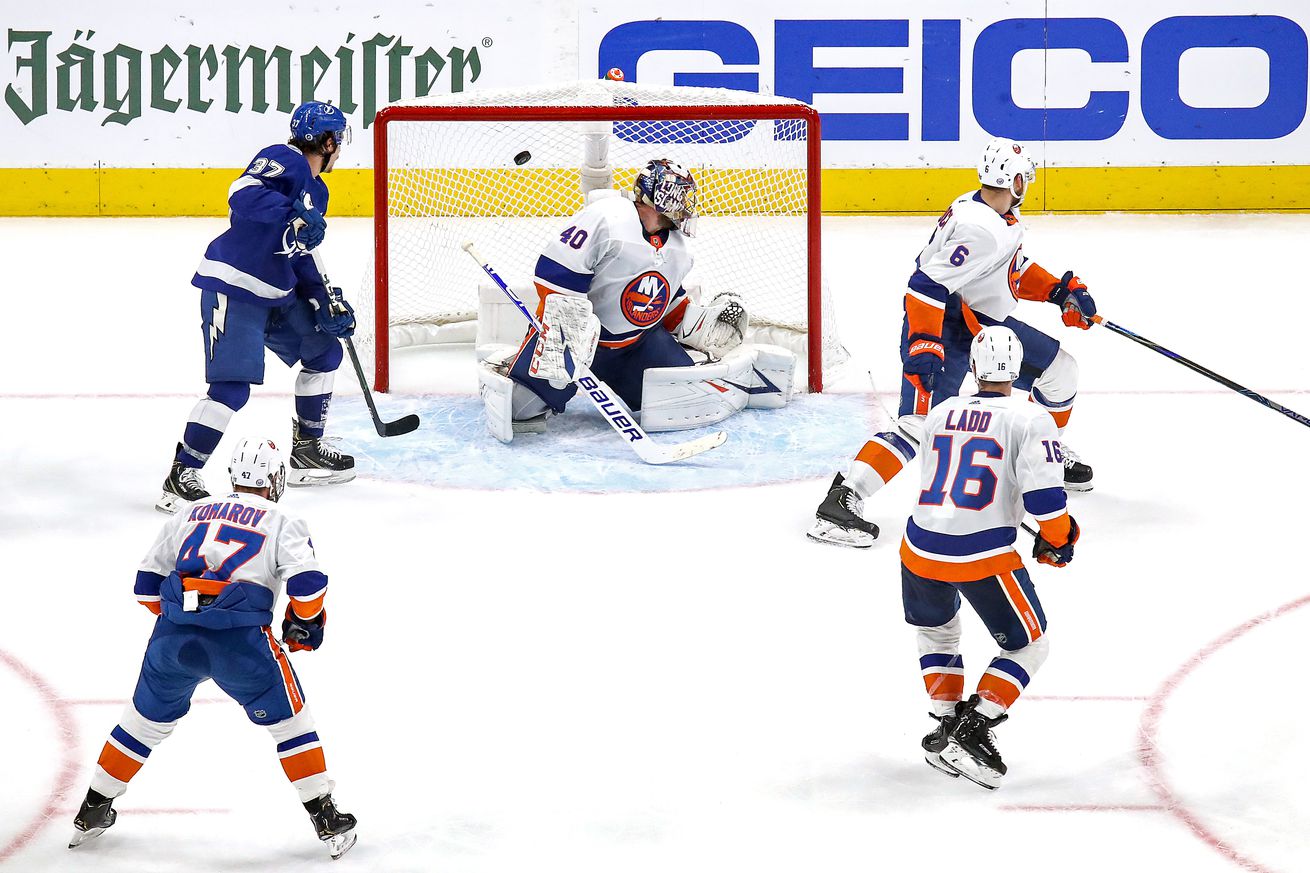 Kucherov wins it with 9 seconds left to go

Nikita Kucherov converted a nice cross-slot pass from Ryan McDonagh with a one-timer from the right circle with nine secondds remaining in regulation to give the Tampa Bay Lightning a 2-1 win over the New York Islanders in Edmonton.

The Lightning took a two games to none lead in the series.

Matt Martin put the Islanders on top, scoring on the first shot of the game at 1:24 of the first period, but Victor Hedman’s goal with 1:35 left in the frame tied the game.

The Islanders failed to score on a five-minute major in the opening period that saw Alex Killorn get ejected and didn’t convert on a 38-second 5-on-3 power play in the third after McDonagh was called for holding at 7:48 and Cedric Paquette was called for hooking at 9:10.

Andrei Vasilevskiy made 27 saves for the Lightning, who have won six straight games since losing 3-2 to the Boston Bruins in Game 1 of its previous series.