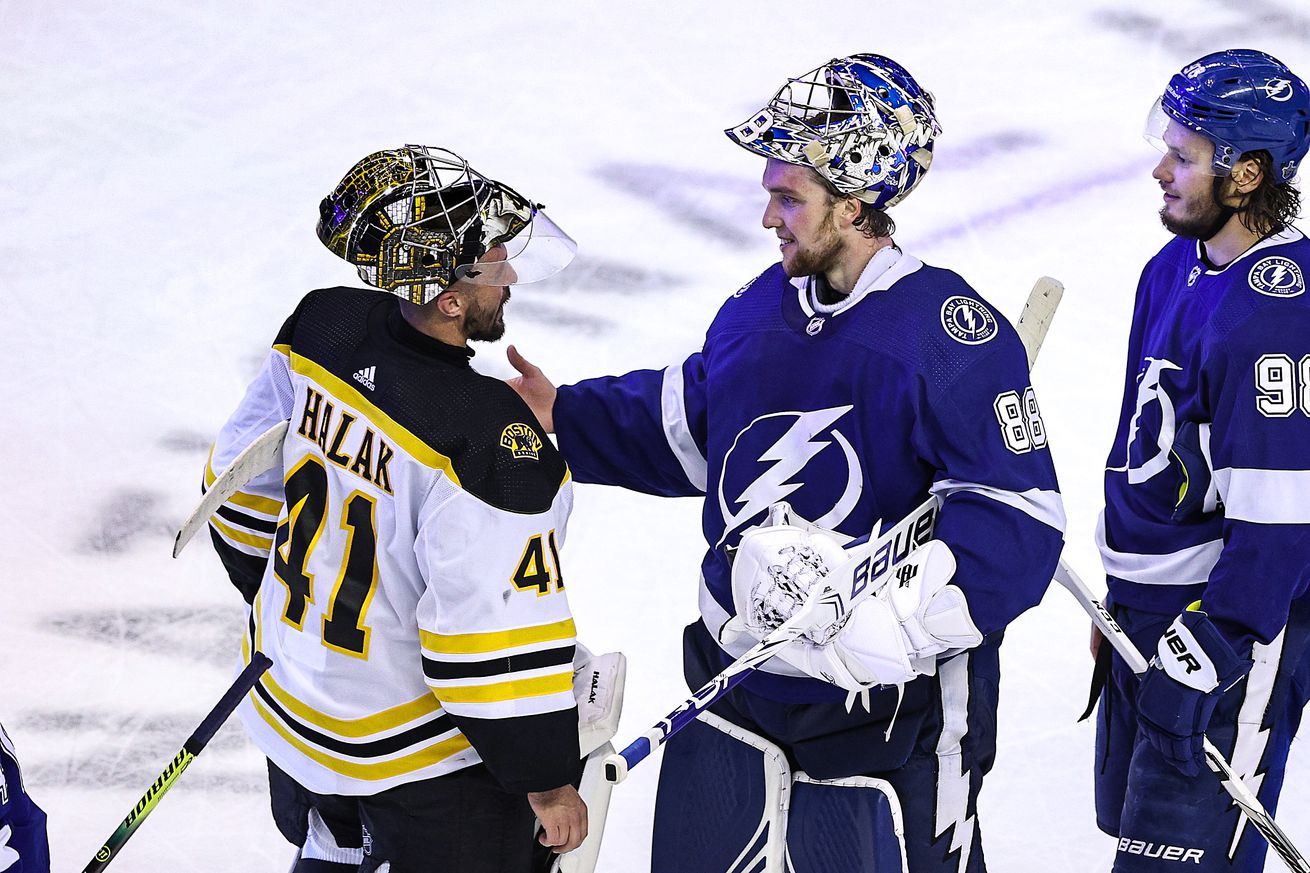 The Tampa Bay Lightning became the first team to advance to the Conference Finals of the 2020 Stanley Cup Playoffs, and a former Florida Panthers goaltender helped the Colorado Avalanche live to fight another day in Monday night action from the Toronto and Edmonton hubs.

Victor Hedman was the hero with a double overtime goal as the Tampa Bay Lightning defeated the Boston Bruins 3-2 to end the series in five games. Andrei Vasilevskiy stopped 45 of 47 shots and Ondrej Palat and Anthony Cirelli scored the other goals for Tampa Bay, who will meet the winner of the New York-Philadelphia series. The Bruins lost four straight games, two in overtime, after winning Game 1.

Third string goaltender Michael Hutchinson made 31 saves in his first-ever Stanley Cup Playoff start, and the Colorado Avalanche staved off elimination with a 6-3 win against the Dallas Stars in Game 5. Andre Burakovsky scored twice and Pierre-Edouard Bellemare, Nathan MacKinnon, Nazem Kadri, and Mikko Rantanen also added goals for the Avalanche. Colorado scored four times in the first 13:43 to make Ben Bishop’s return to the crease a short one. Game 6 will be played on Wednesday at 8 p.m.