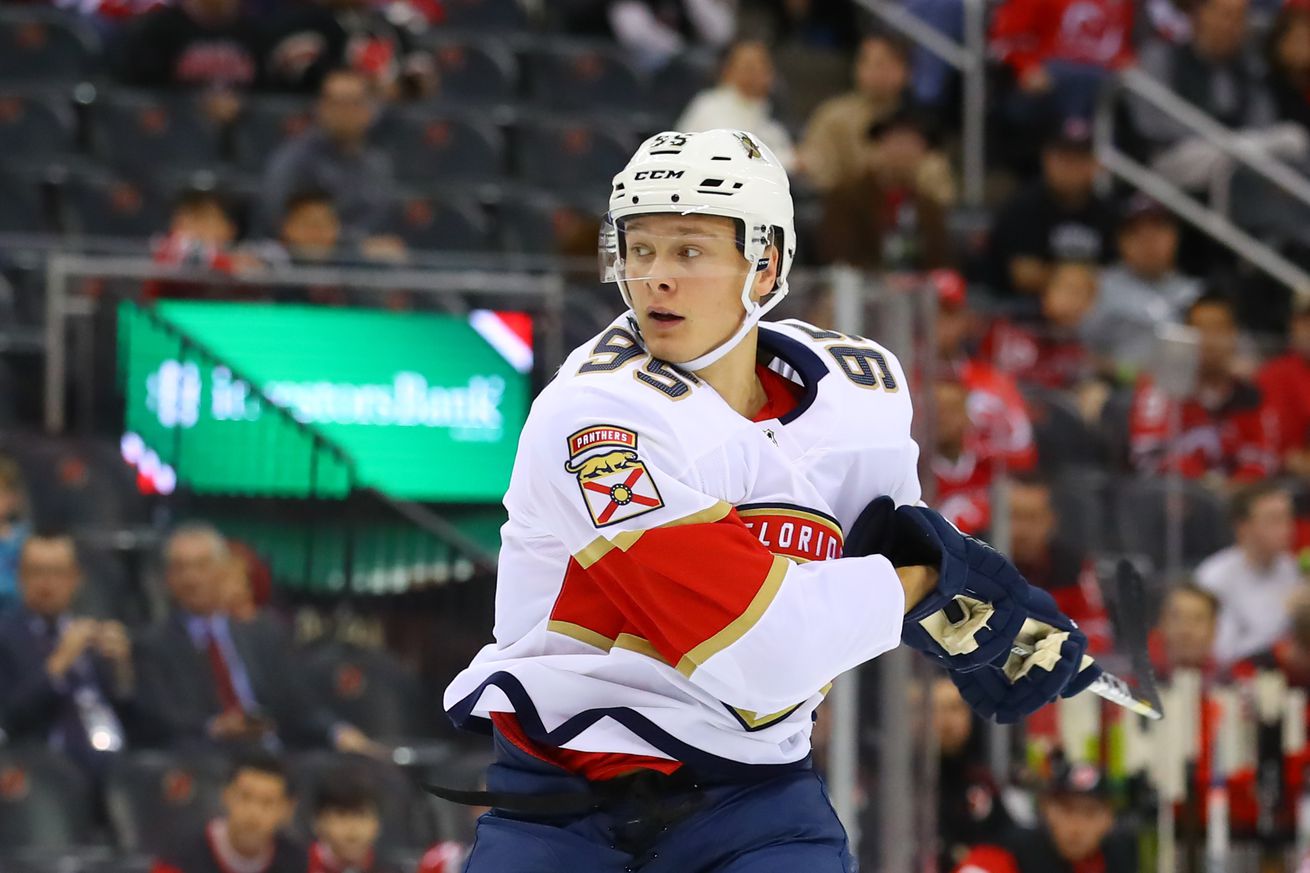 Florida Panthers restricted free agent forward Henrik Borgstrom will make his season debut for HIFK today in a Liiga tilt against KooKoo. Borgstrom last game action came on March 7, when he suited up for the Springfield Thunderbirds. Borgstrom will play left wing on the top line centered by fellow Cats prospect Anton Lundell.

The return of the Panthers and the rest of the NHL remains a moving target. Sportsnet’s Elliotte Friedman talked about the latest on that topic and many others on Writers Bloc. Worth a listen… (Sportsnet)

The Dallas Stars have re-signed left wing Roope Hintz to a three-year contract worth $9.45 million. Hintz produced 19 goals and 33 points in 60 games with the Stars last season. The 23-year-old put up 13 points in 25 playoff games. (Defending Big D)

The Nashville Predators signed forward Luke Evangelista to an entry-level contact. Evangelista was taken in the second round (42nd overall) of the 2020 draft after potting 23 goals and producing 61 points in 62 games with the London Knights of the OHL. (On The Forecheck)