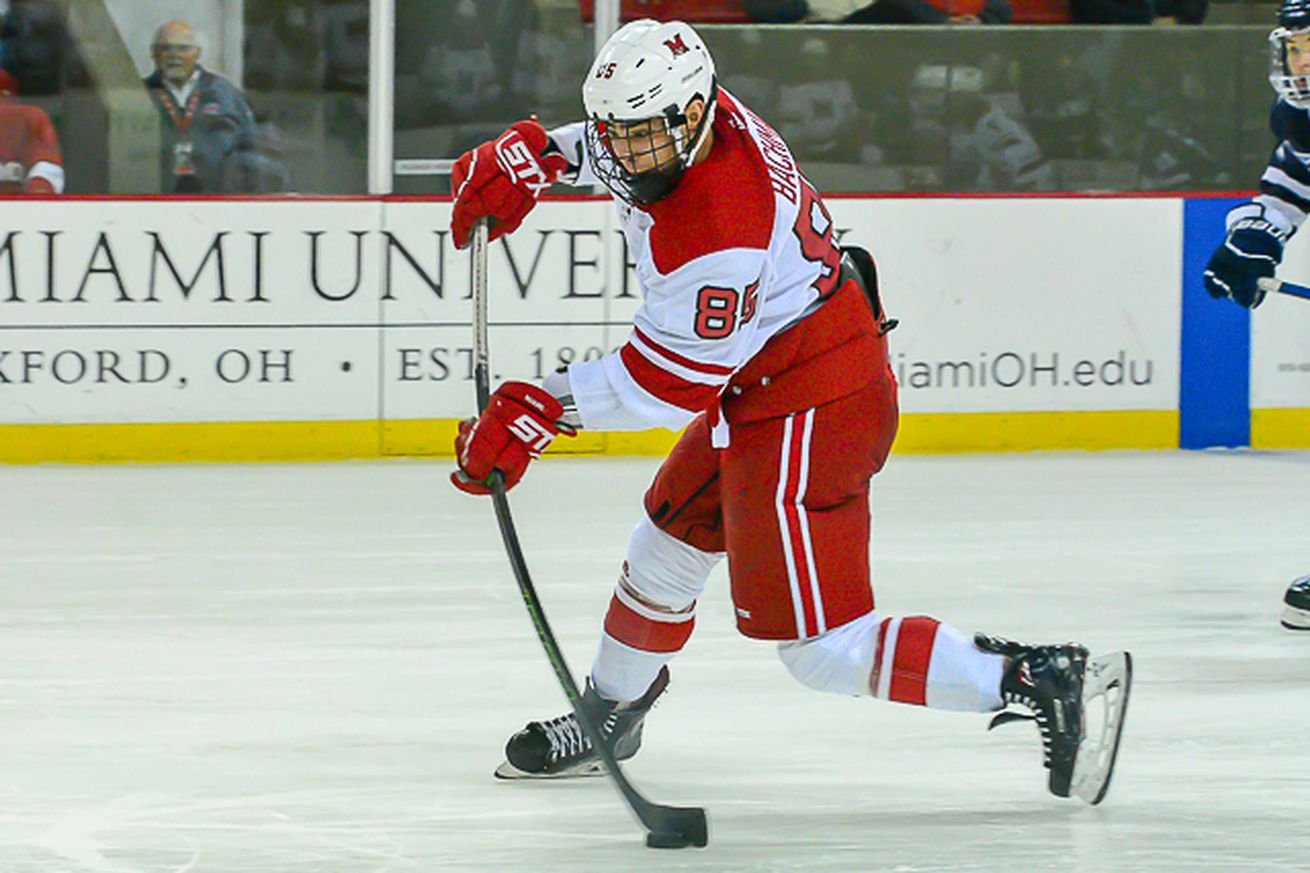 Cathy Lachmann/View From The Glass

According to a post on his Instagam page, prospect Karch Bachman has signed an AHL contract with the Charlotte Checkers.

Bachman was selected by the Florida Panthers in the fifth round (132nd overall) of the 2015 NHL Entry Draft.

During his senior season with Miami University, Bachman set NCAA career-highs with 21 assists and 31 points while his 10 goals matched his output as junior.

In Tuesday action from the Swedish Hockey League, Florida’s 2020 second-rounder Emil Heineman registered two shots on goal, one hit and finished with an even rating in 15:47 TOI during Leksands IF 4-0 win over Frolunda HC. The 19-year-old Heineman has one goal in 15 games with Leksands this season.

Panthers reserve Maxim Mamin logged 15:31 TOI and finished with one hit, two blocks, and a +1 rating in CSKA Moscow’s 3-1 win over Lokomotiv Yaroslavl. Mamin has 9 goals and 17 points in 26 KHL games this season.

The Buffalo Sabres signed Jack Quinn to an entry-level contract. Buffalo selected Quinn in the first round (8th overall) of the 2020 Daft after he racked up 52 goals and 89 points for the Ottawa 67s of the OHL. Quinn was LBC’s mock draft pick for the Panthers. (Die By The Blade)

ICYMI, former Cat Micheal Haley signed a one-year, two-way with the Ottawa Senatos on Friday. Haley played 99 games with Florida before he was cclaimed on waivers by the San Jose Sharks. (Silver Seven)