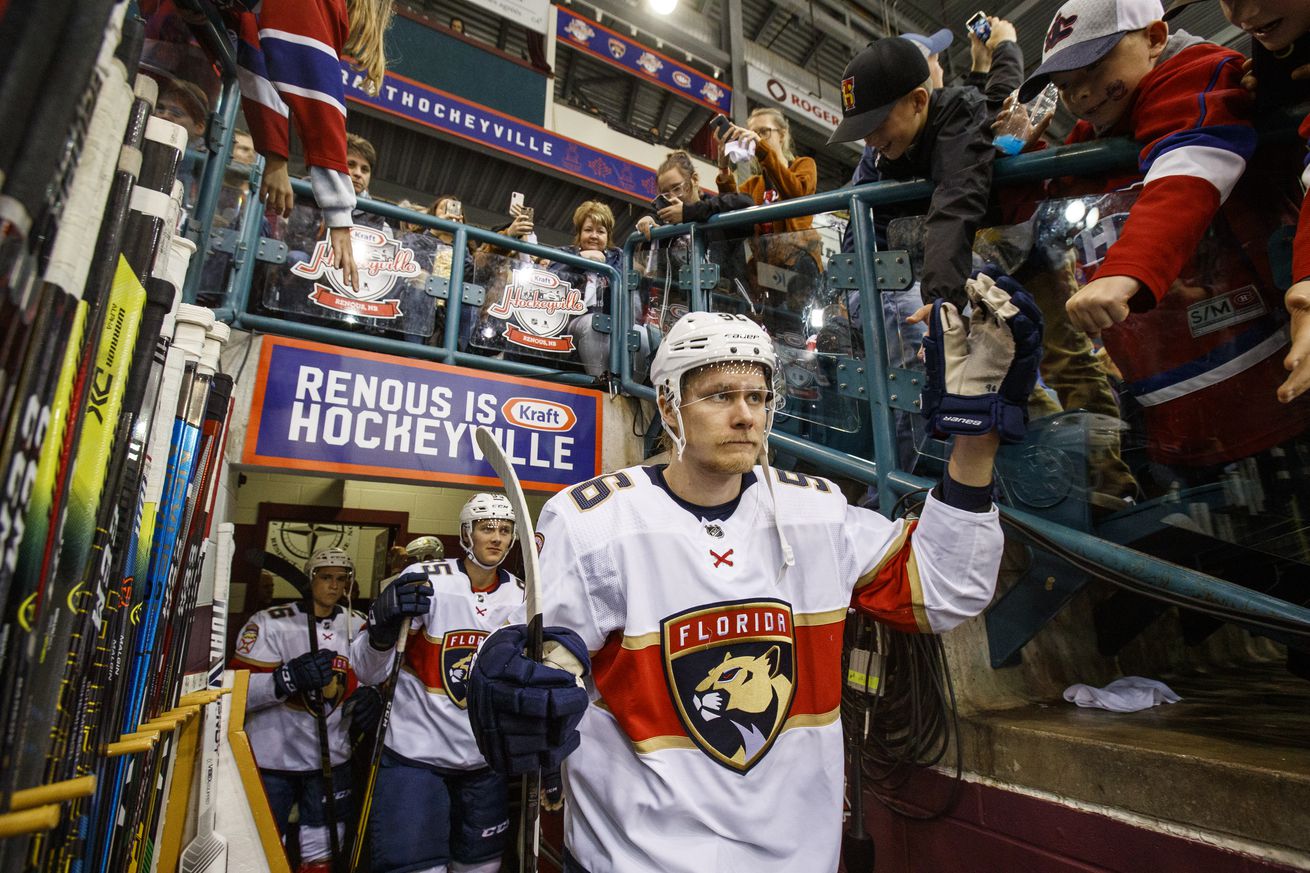 Cats currently on the prowl in Sweden

While we wait for the next NHL season to begin, let’s take a look at the Florida Panthers players, whether they are main roster, recent draftees or even on the reserve list, who are toiling away in Europe. Let’s start in Sweden.

Rodrigo Abols – Abols put up 7 goals and 23 points in 36 games with the Springfield Thunderbirds last season. The 24-year-old forward is currently on loan to Orebro HK of the Swedish Hockey League. In eight games with Orebro, Abols has produced 4 goals and 3 assists and is tied for fourth on the team in scoring, despite missing two games. He has registered two game-winning goals, 12 shots, 4 hits, 4 blocks and a +6 rating. When professional hockey starts up again in North American, look for the Latvian to get an expanded AHL role with the Charlotte Checkers.

Aleksi Heponiemi – After a disappointing rookie season in the AHL, Heponiemi is now on loan to MODO Hockey, who currently reside in HockeyAllsvenskan, the second tier of po hockey in Sweden. Heponimei has appeared in 7 games and put up one goal and 3 assists. He has racked up a rather surprising 20 PIM and has a +1 rating.

Emil Heineman – The 18-year-old has scored one goal in 11 games with Leksands IF of the Swedish Hockey League. In those 11 games, he has registered 13 shots on goal, 10 hits, 7 blocked shots, 4 PIM and -2 rating. Heineman has also played one scoreless game for Leksands J20 team. Florida’s second round pick in 2020 will be a part of Sweden U20 roster for the upcoming Karjala Cup, a four-team tournament consisting of Sweden, Russia, the Czech Republic and host Finland.

Elliot Ekmark – The Panthers selected the diminutive Ekmak in the seventh round (198th overall) of this yea’s draft. The 18-year-old forward is currently playing for Linkoping HC’s J20 team. He has notched 2 goals and added 8 assists in 7 games played, and posted a +2 rating.

The Ottawa Senators avoided an arbitration hearing with restricted free agent center Chris Tierney by signing him to a new two-year contract. Tierney’s deal carries an AAV of $3.5M, He will be paid $2.8M in the first year of the contract and $4.2M in the second. (Silver Seven)