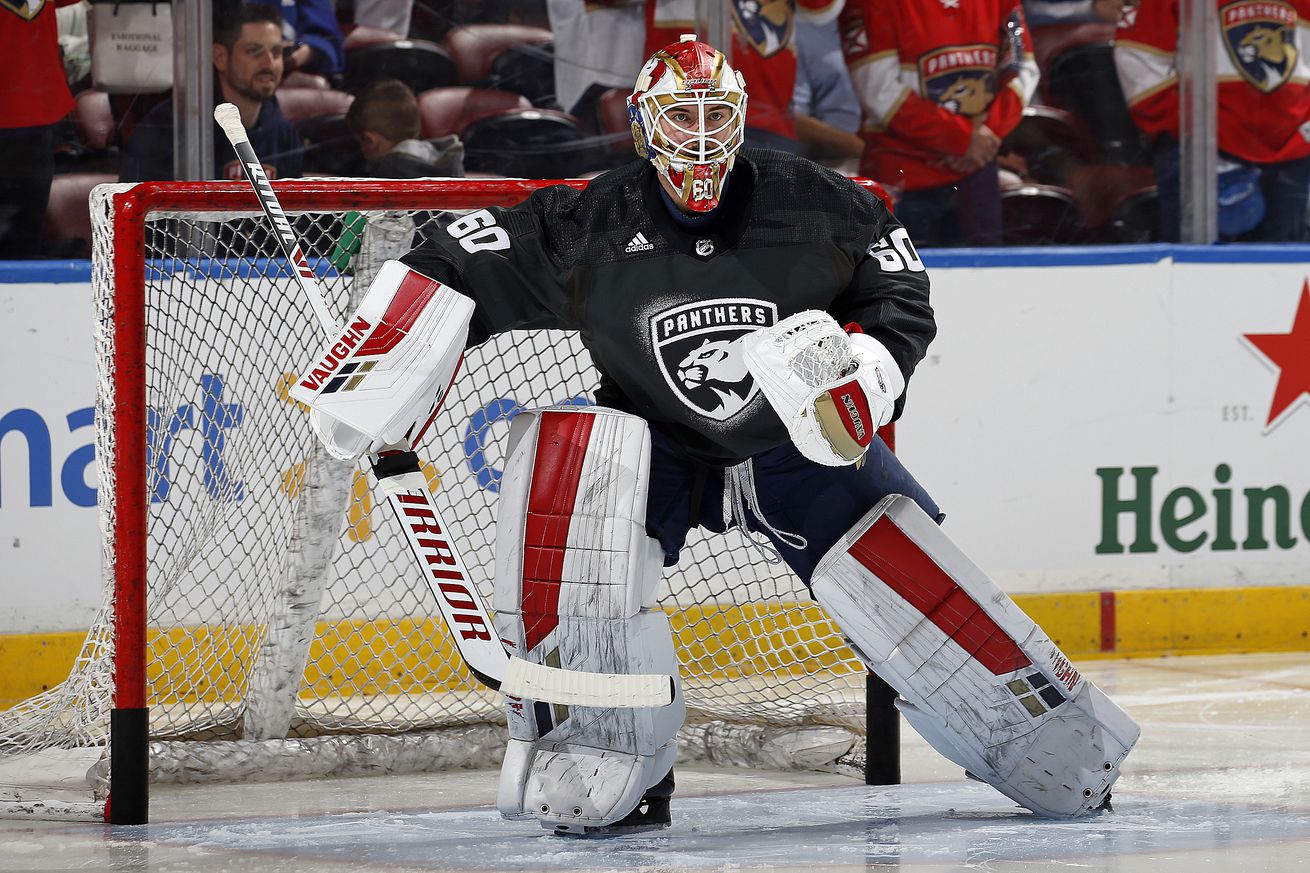 Driedger, 25, has appeared in nine games with the Panthers, registering a 5-2-0 record, a .932 save percentage, 2.35 goals against average and one shutout.

He was assigned to Springfield on a conditioning loan on February 26 and started one game, a 6-3 loss to the Bridgeport Sound Tigers. Driedger stopped 28 of 33 shots faced in that game.

The Panthers sagging playoff hopes got a boost late last night as the San Jose Sharks posted a helpful 5-2 win over the Toronto Maple Leafs. Florida trails the Buds by five points, but now have a game in hand again.

More help can be had tonight if the Calgary Flames can beat the Columbus Blue Jackets in regulation tonight at Scotiabank Saddledome. The slumping Blue Jackets lead the Cats by five points for WC2 with Florida holding a game in hand, which will grow to two after tonight’s tilt. Flame On!

All of this scoreboard watching means nothing if the Panthers don’t start winning. The team will hold an 11 a.m. practice at IceDen this morning as they prepare for Thursday night’s homie against the Boston Bruins.