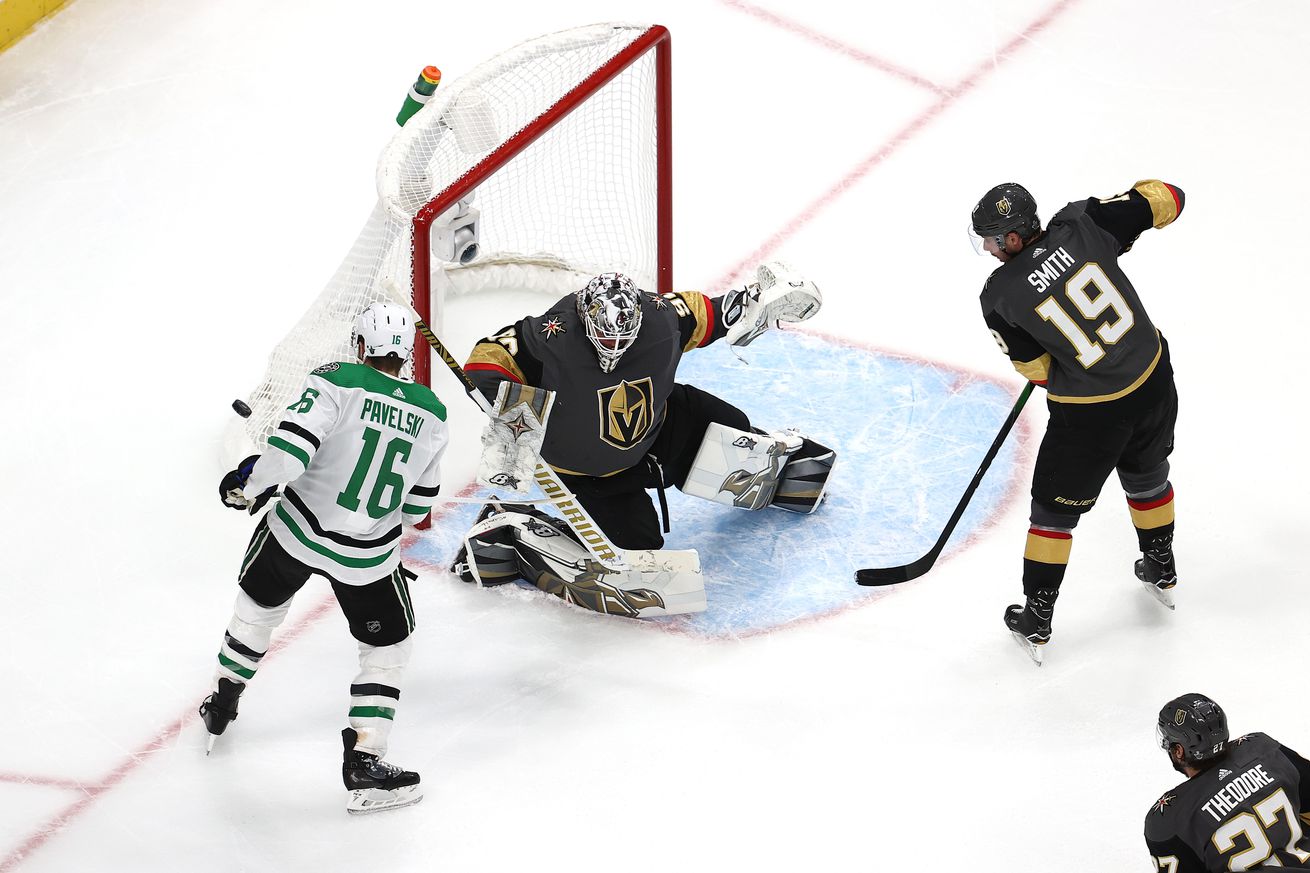 Robin Lehner returned to the net and made 24 saves in the Vegas Golden Knights 3-0 shutout win over the Dallas Stars in Game 2 of the Western Conference Final.

It was Lehner’s second straight shutout and fourth in his past seven starts.

Paul Stastny had a goal and an assist and William Karlsson and Tomas Nosek also lit the lamp for the Golden Knights, who scored three times in the second period to even the series at a game apiece.

Stastny’s goal was the first by a Vegas forward with an opposing goalie in net in 276:24, dating back to Game 4 against Vancouver last round

Anton Khudobin allowed three goals on 27 shots for the Stars. He was replaced to start the third period by Jake Oettinger, who made his NHL debut and stopped all five shots he faced.