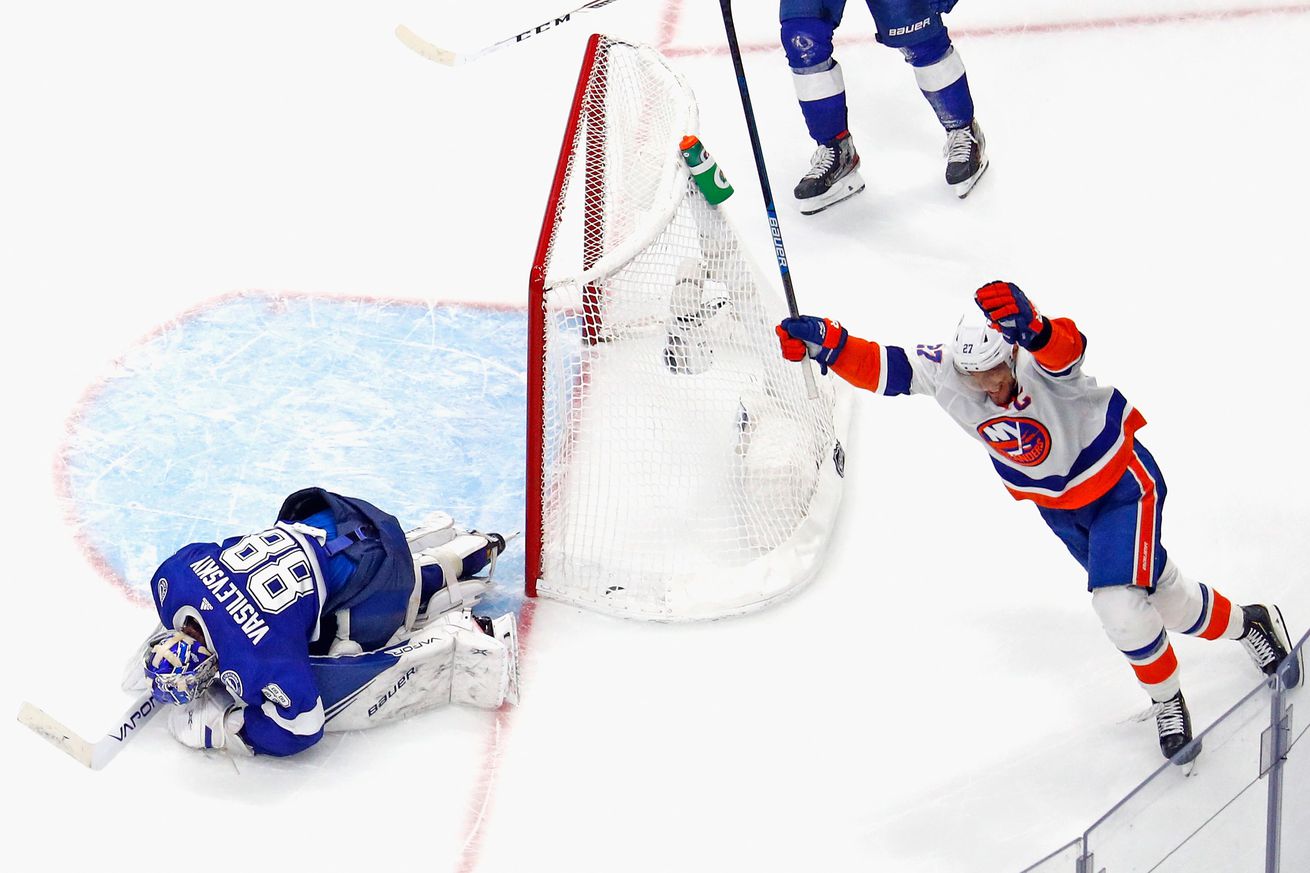 Jordan Eberle goal extends the series to a sixth game

Anders Lee took possession of the puck after Kevin Shattenkirk fanned on a shot and eventually fed Jordan Eberle for the game-winning goal 12:30 into the second overtime period, and the New York Islanders staved off elimination with a 2-1 win over the Tampa Bay Lightning.

Semyon Varlamov made 36 saves and defenseman Ryan Pulock scored a first period power-play goal to give the Islanders a 1-0 lead.

Victor Hedman scored his ninth goal of the playoffs to tie the game four minutes into the second period and Andrei Vasilevskiy stopped 22 shots for the Bolts.

Tampa Bay had a four-minute power play that spanned the third period and first overtime after Anthony Beauvillier was called for high-sticking but failed to take advantage and end the series.

The Lightning now lead the Eastern Conference Final three games to two. Game 6 will be played on Thursday night at 8 p.m. in Edmonton.